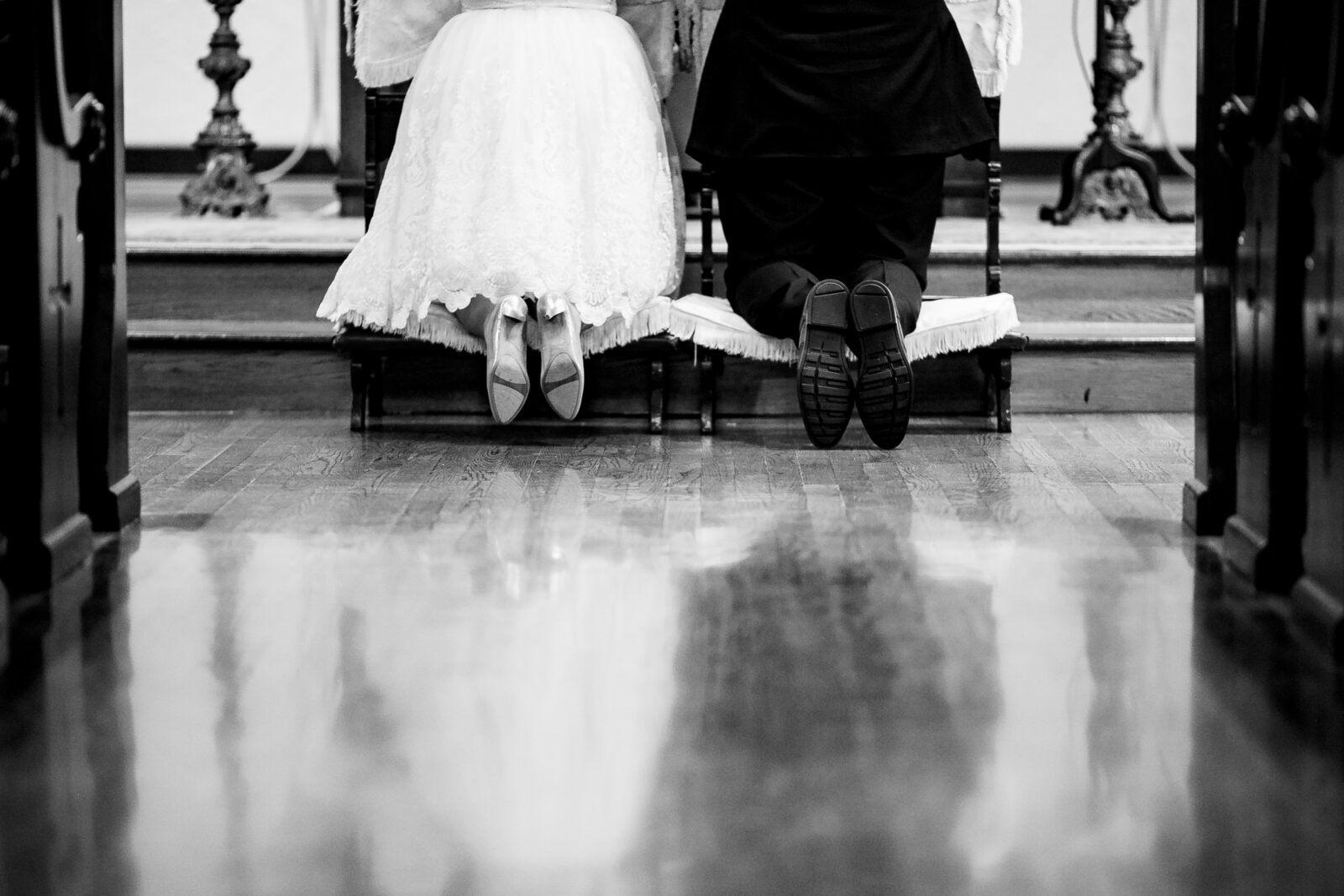 Do you know about wedding tradition meanings?

Weddings are filled with all kinds of traditions. Often, a couple follows tradition without really knowing why they’re doing it, only because it’s the thing to do. Today, I want to talk about wedding tradition meanings. I tell some of my couples these stories in person, but I thought, “Hey! This could be a fun topic!”

Really, I just want to convince everyone it’s a good idea to have a first look!

Did you know carrying a bouquet of flowers used to be a way of warding off evil? The bouquets were filled with garlic and herbs to ward off evil spirits that might otherwise bring bad luck to the big day! It was also considered a symbol of happiness! Unfortunately, this also is sourced from the times of the plague, when people would place garlic and dill under their noses, with the impression that it might stave off illness. Morbid. Nowadays, people are finding alternatives for bouquets, as a cost-saving measure. I loved Carina’s maraca, which you can see below!

Well, out of all the wedding tradition meanings, this one is super disturbing! Way back when it was good luck to have pieces of the dress, so after the ceremony, the bride was basically attacked and her dress torn apart. They also used to carry the bride up for the bedding ceremony and rip off her dress while they carried her. It was incredibly embarrassing for the virginal bride who most likely had only just met her husband! The garter was created as a way to pass on the luck without terrifying the bride further. It was traditionally a piece of the wedding dress, but now we buy them at the store.

A LOT of the wedding industry is becoming anti-garter toss. It’s archaic and having your new husband dig up your dress in front of your dad? Fucking yikes.  Naturally, I’m going to post one of the most fun garter toss photos I have, at Irene and Eric’s wedding! THIS one was fun because Eric gave her a lap dance first! Mutual embarrassment is great! 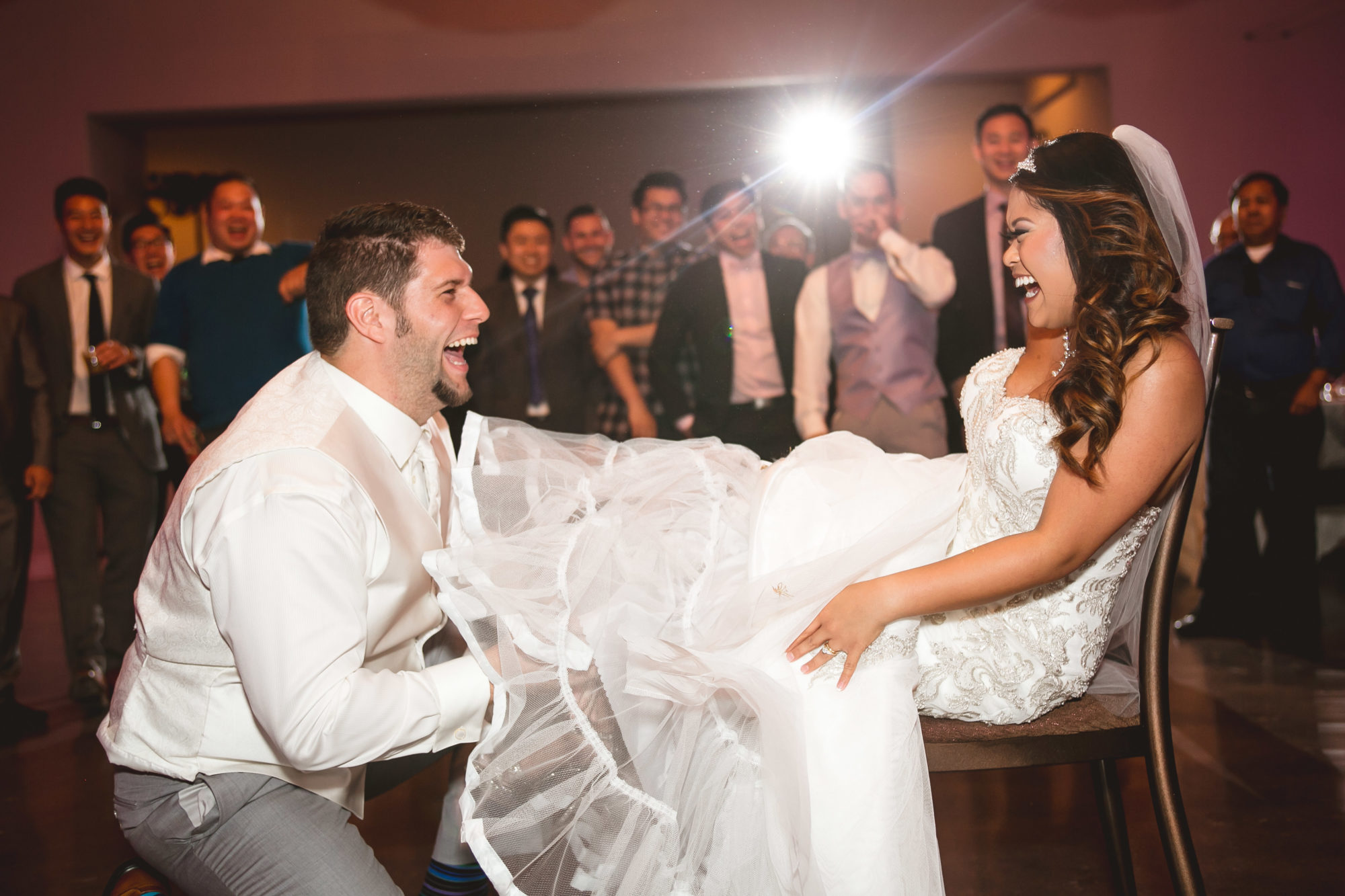 So there are multiple reasons for the veil actually. Way back when it was another way to avoid evil spirits and enchantments. But then it was also a way to hide the possibility of the groom not liking the wife that was sold to him. Yes, sold. Up until, the early twentieth century, women came with dowries. In some countries, they still are required…which is a big motivator for gendercide in poor cities located in India and China. ANYWAY, the veil eventually became a social status, with heavier and elaborate veils showing how rich a bride’s family was.

Father walking the bride down the aisle

While this is such a touching and emotional moment for many women, it came from when the father would sell his daughter to either elevate the family’s social status or basically make sure she didn’t run away. Admittedly, I usually cringe when a minister says, “who gives this woman away?” in the ceremony. It’s also quite archaic. I sincerely hope you aren’t being given away and that you choose your husband freely! Walk down the aisle with people you love, as a person with their own free will!

The source of groomsmen:

Ouch, this one is pretty bad. It all began in Rome when they didn’t have a lot of chicks to make babies and cook dinner. So instead, Roman men and their friends would go all over the country, stealing women and forcing them to marry them. Apparently, these women were eventually convinced that they weren’t going to be treated poorly and since the women would have been sold to husbands they didn’t know anyway, was it terrible anyway? p.s. the groomsman most skilled at kidnapping became “the best man.” ::mic drop::

Avoiding each other until the ceremony

The truth behind this also came from arranged marriages, especially when the woman came with a dowry. Sometimes, especially before the time of modern makeup and showers, women were a bit gross. I mean, have you ever seen a photo of anyone in history that WAS attractive?! Anyway, avoiding the groom prior and wearing a veil helped hide the bride from her future husband, in case he wasn’t stoked about her. I find it hilarious when brides and grooms insist on “tradition” without knowing the tradition came from being afraid your future spouse was hideous.

Okay, this one is fun! I had no idea, but while trying to source this info, I found out that tiered cakes were actually a part of a kissing game bride and grooms used to do! Originally, bread and cakes during a wedding reception showed a groom was willing to provide for his wife, able to help her survive. He would break the loaf over her head in symbolism. Then in 1660, a French chef used his natural French disdain of things to change things up by creating the first tiered cake…but it would take days to make them…so to keep them fresh, they were covered in lard. Can I just speak for all of us when I say thank the gods for frosting?

At the end of the day, we’re in a time period where women receive more rights and respect than ever before. We aren’t stolen, we aren’t sold…we can choose our life-mates. I find it interesting when people insist on certain traditions, like not seeing each other before the ceremony. I definitely want to reiterate that I am NOT shitting on tradition, I just feel that before you demand tradition, to acknowledge the source material. Make your own traditions, your own games at your wedding! Throw your bouquet for luck, not marriage! 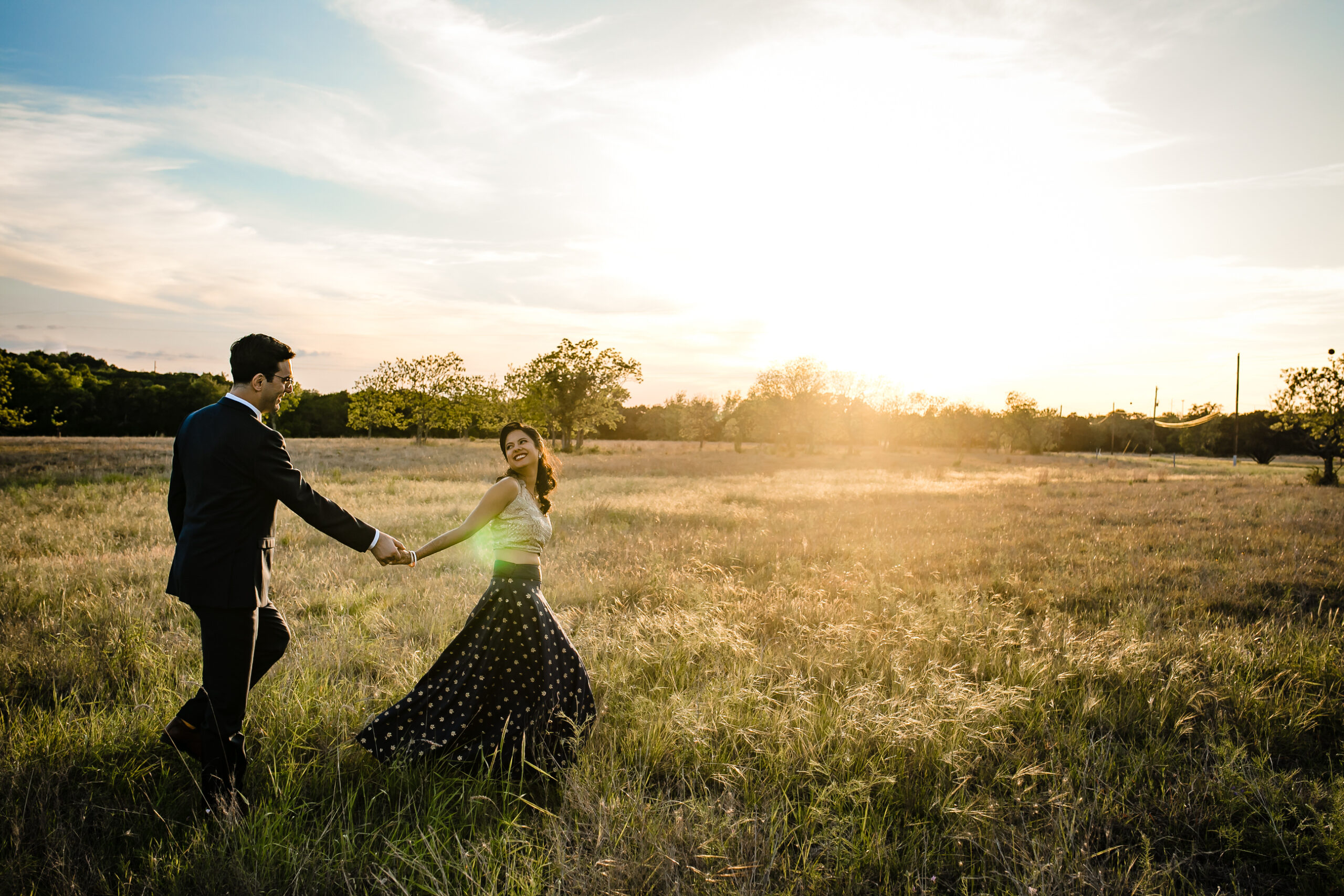 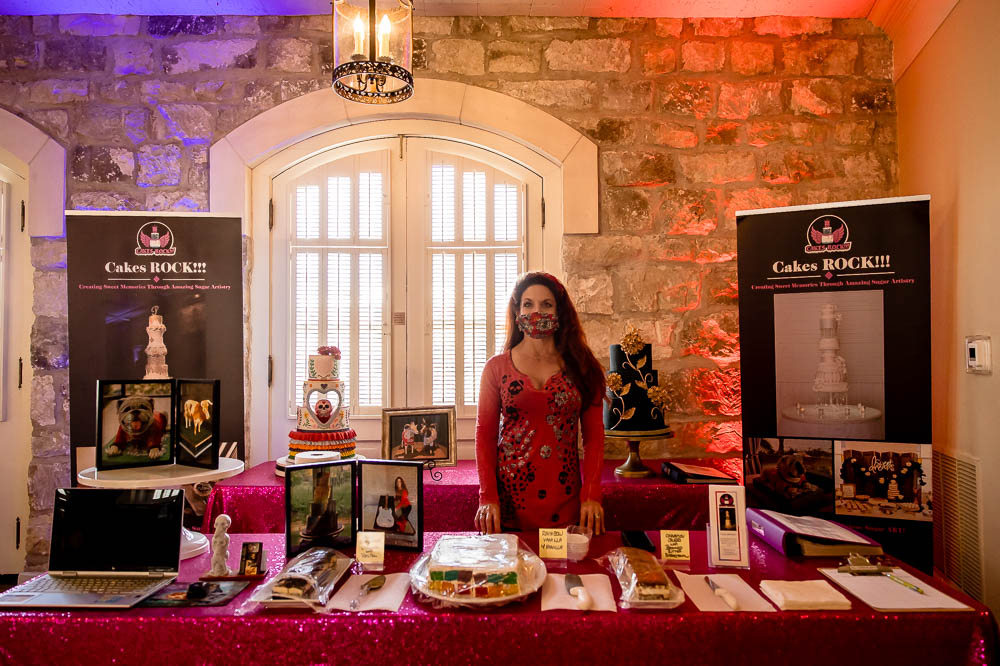 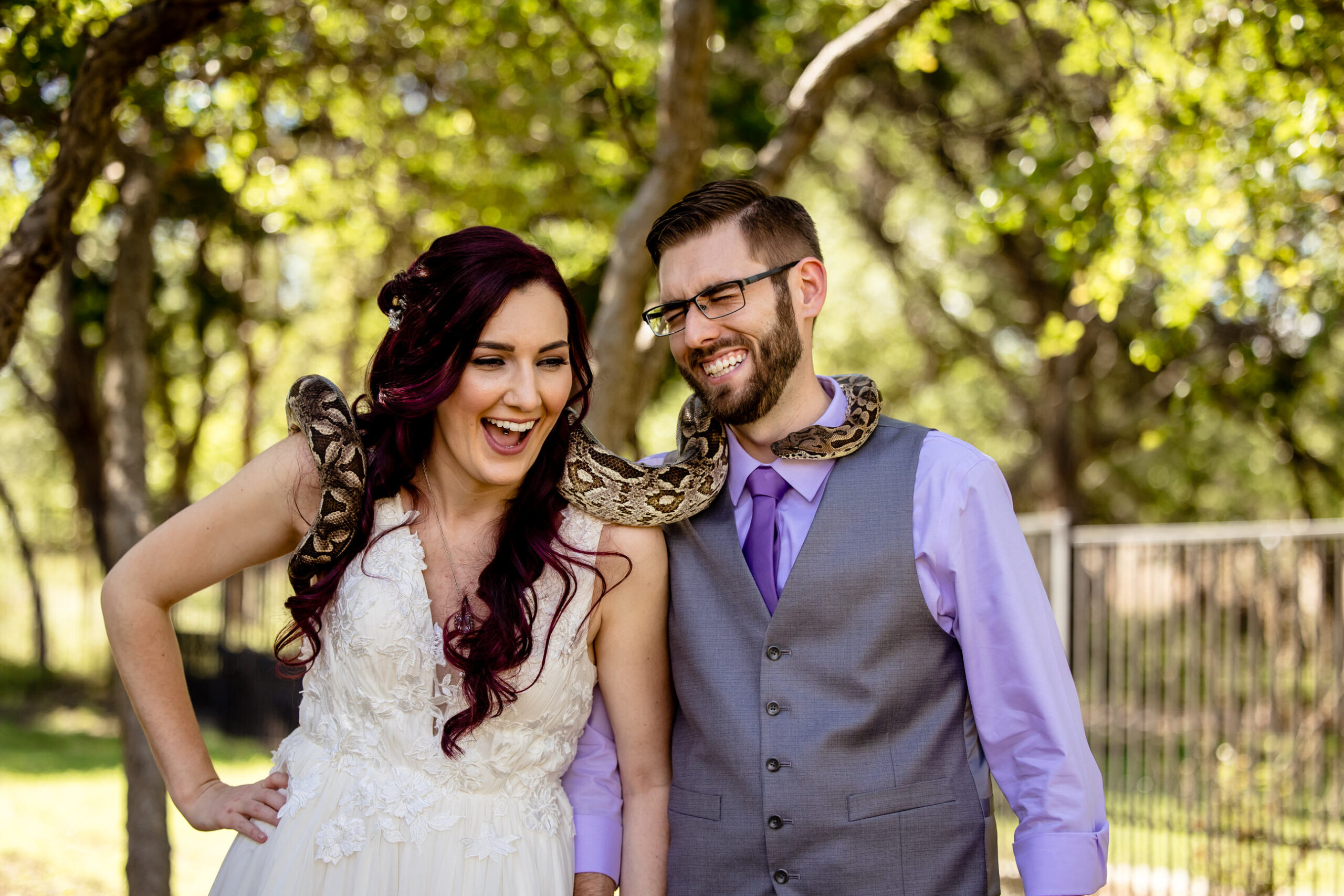