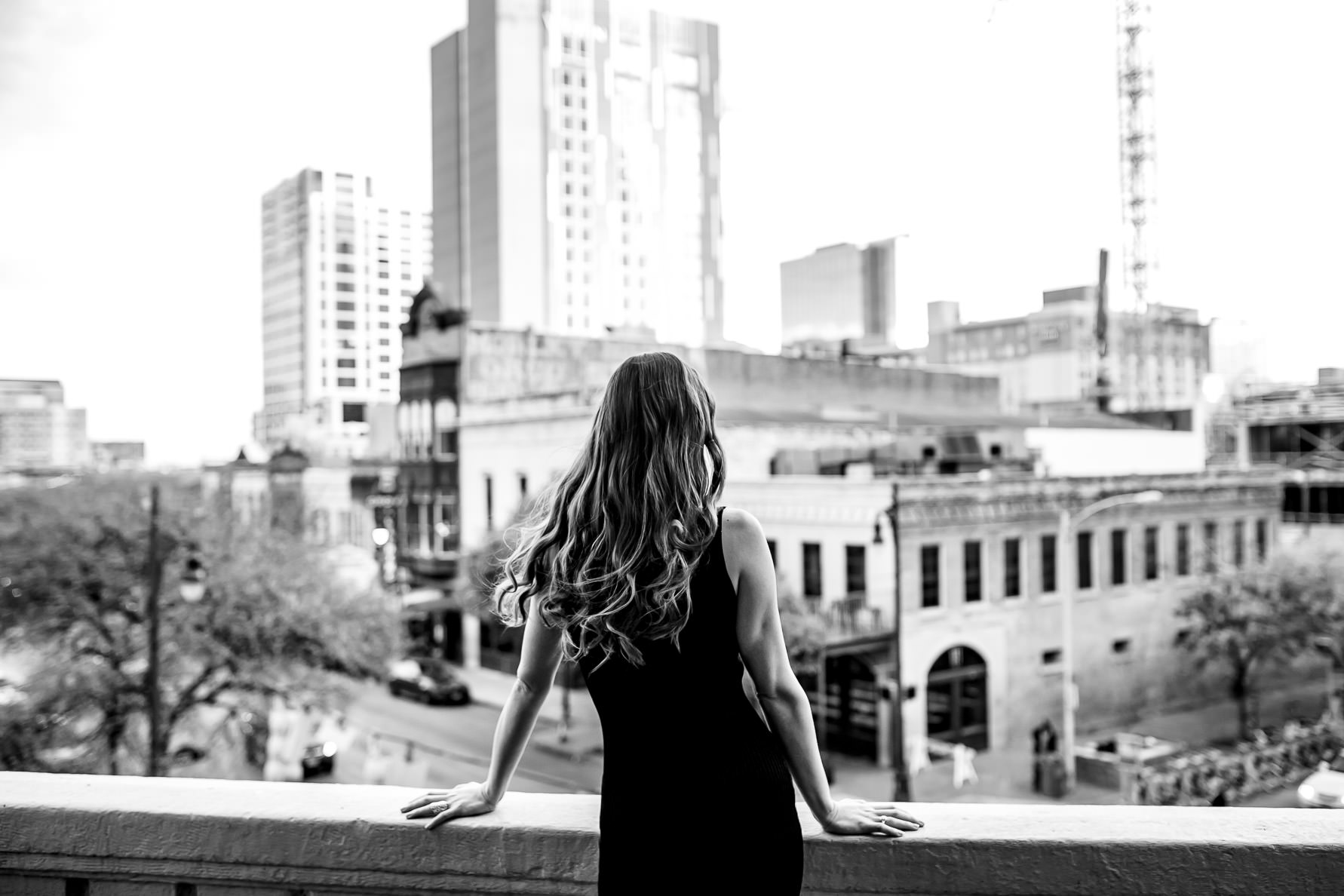 What a sweet Downtown Austin Proposal!

I love proposals. I’ve done over half a dozen proposals in my career, hiding like a ninja. However, I have now topped myself with the ultimate mislead in this downtown Austin proposal!

Ross contacted me at the beginning of November and asked if I could help him plan a proposal for his long-time partner, Megan. I met them at an open house last year and really hit it off. Ross asked for my card and told me he would reach out when the time was right. Well, the time was right! The only trick was…tricking Megan. He asked me to lie to her and pretend I needed to do a styled shoot at the Driskill. Now, I’m not a liar. I’m not good at it and do not desire to improve my skills, so I am GLAD most of the lies were via text.

First, I asked Megan to model with me for a shoot. I had nothing in mind since it wasn’t real, so when she asked for a Pinterest board…I panicked and created one in five minutes. She seemed reluctant, even after I lied and told her I would pay her to model (I felt the worst about this one). The whole time, Ross is emailing me from his work email and brother’s email, to avoid detection. We brainstormed, we planned, and finally, we executed this amazing day.

On the day, Ross checked into the LBJ suite at The Driskill and brought the staff in on it, so I could get a key, so Megan thought I had gotten it myself. WHAT A GORGEOUS SUITE. The hairstylist came by, helping lend to the illusion that I had this all planned on my own. Then, when we were finally ready, I texted Ross. It went off perfectly. I had her on the balcony to pose, told her to NOT MOVE. He swept into the room like a silent ninja. I saw him in the corner of my eye, stepped back while he stepped forward onto one knee for me. Then I told her we were changing poses, so as she turned…she saw him with the ring ready to go.

It’s moments like these where I truly deeply madly love my job. So much joy, emotion, and gratefulness. I got to be a part of an incredible moment in someone’s life and it’s a seriously wonderful feeling. My job can be quite difficult at times, but it’s slivers of time like these where I feel nothing but gratitude. Here’s to experiencing more downtown Austin proposals! 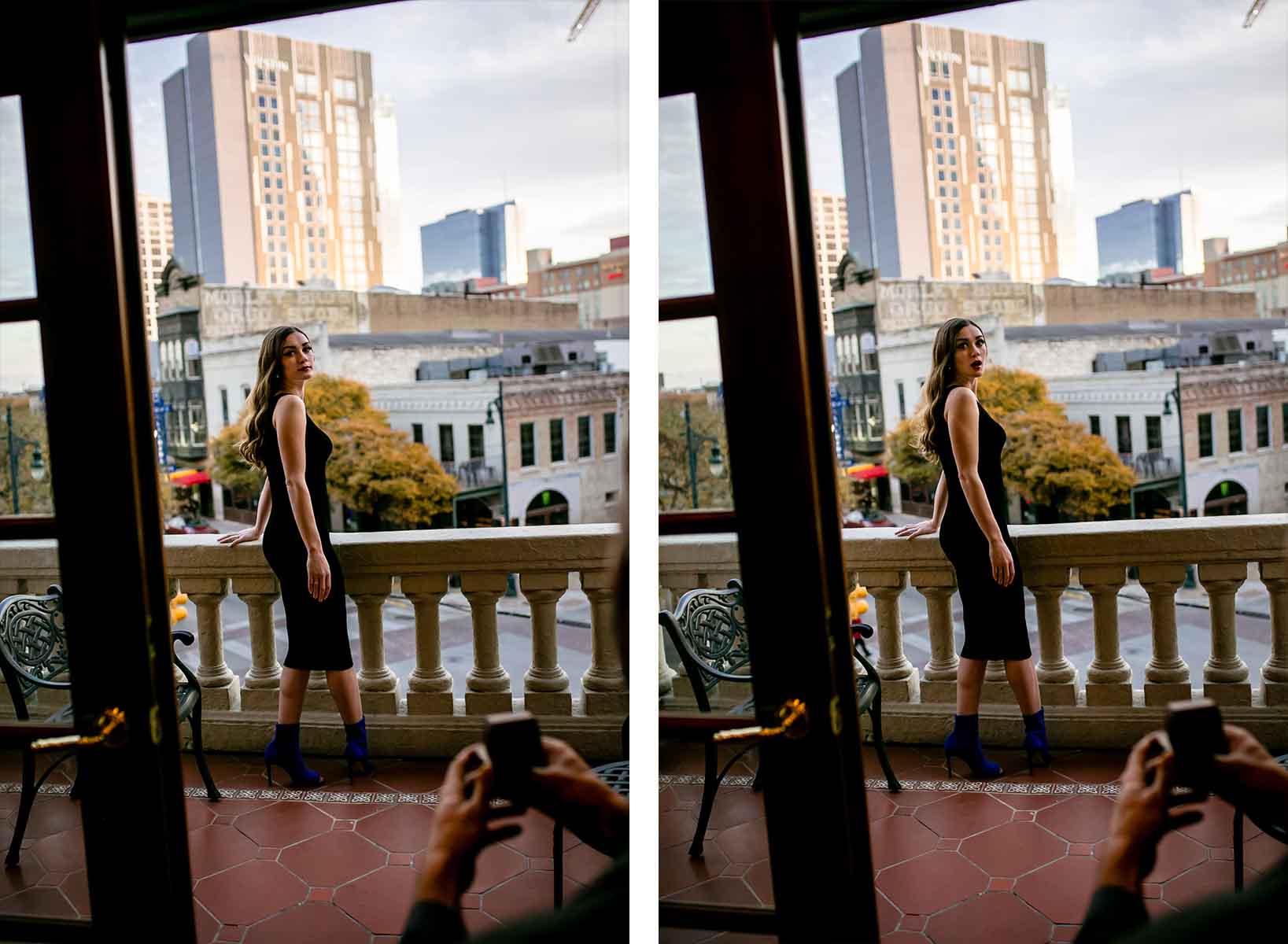 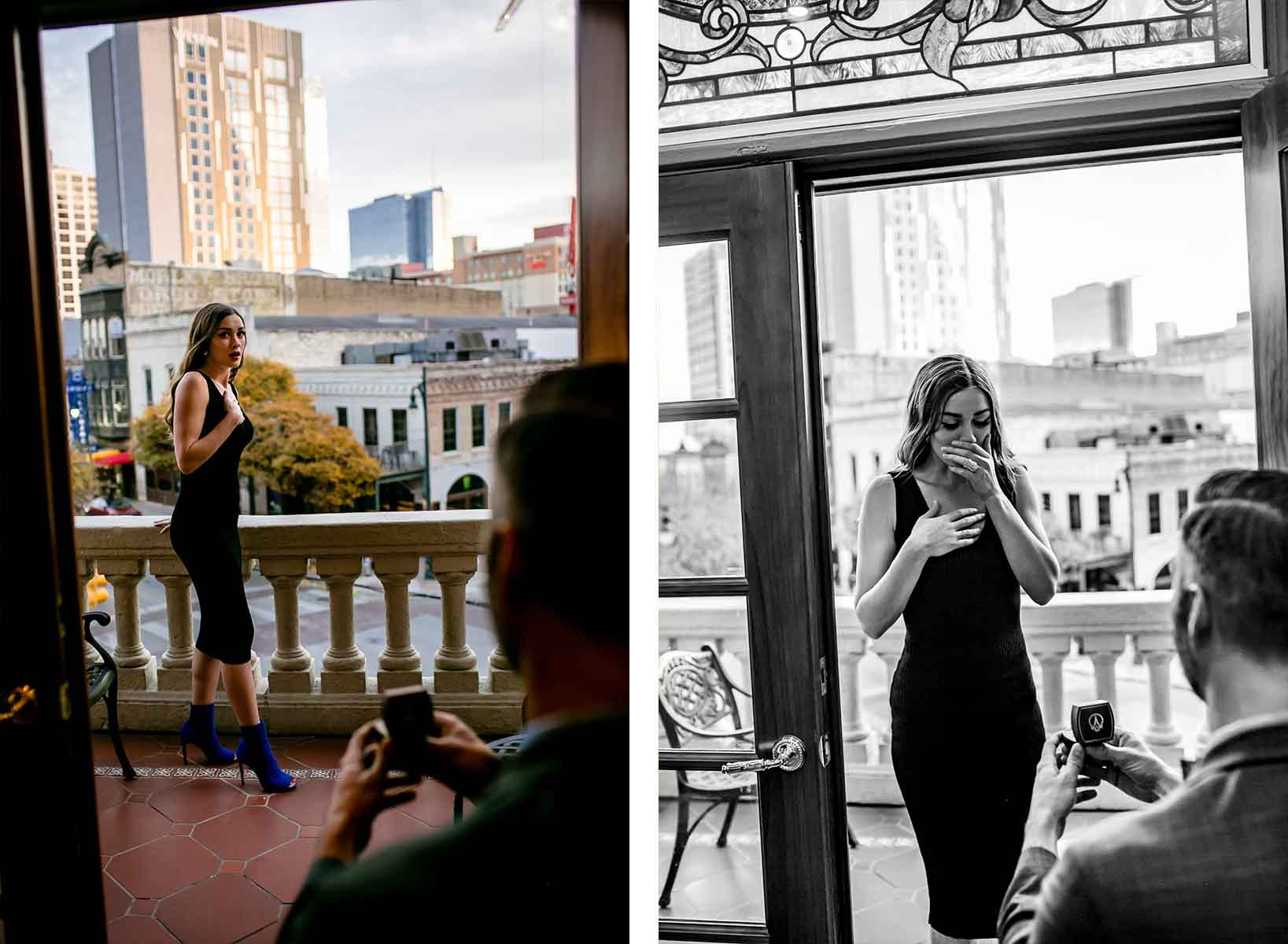 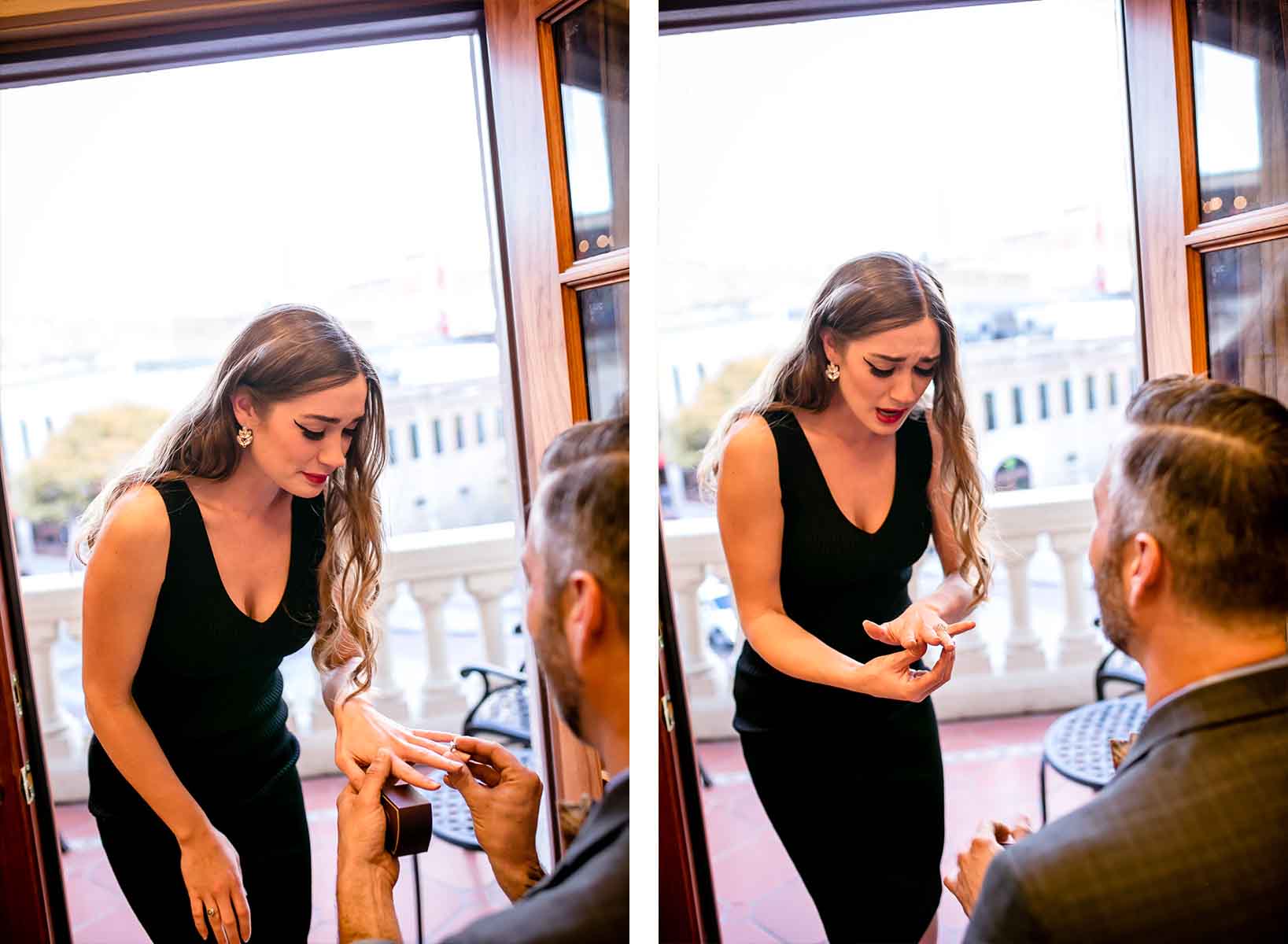 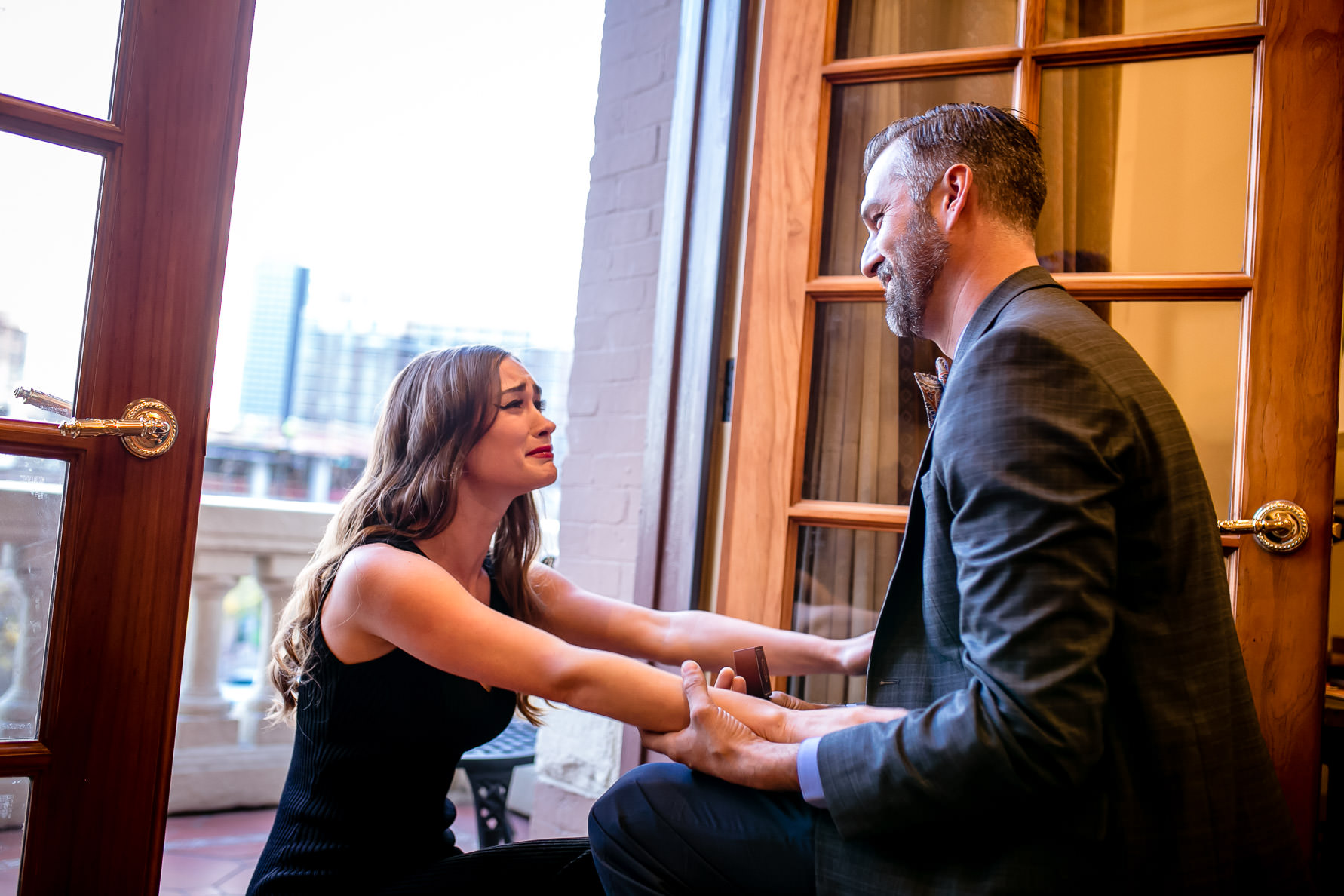 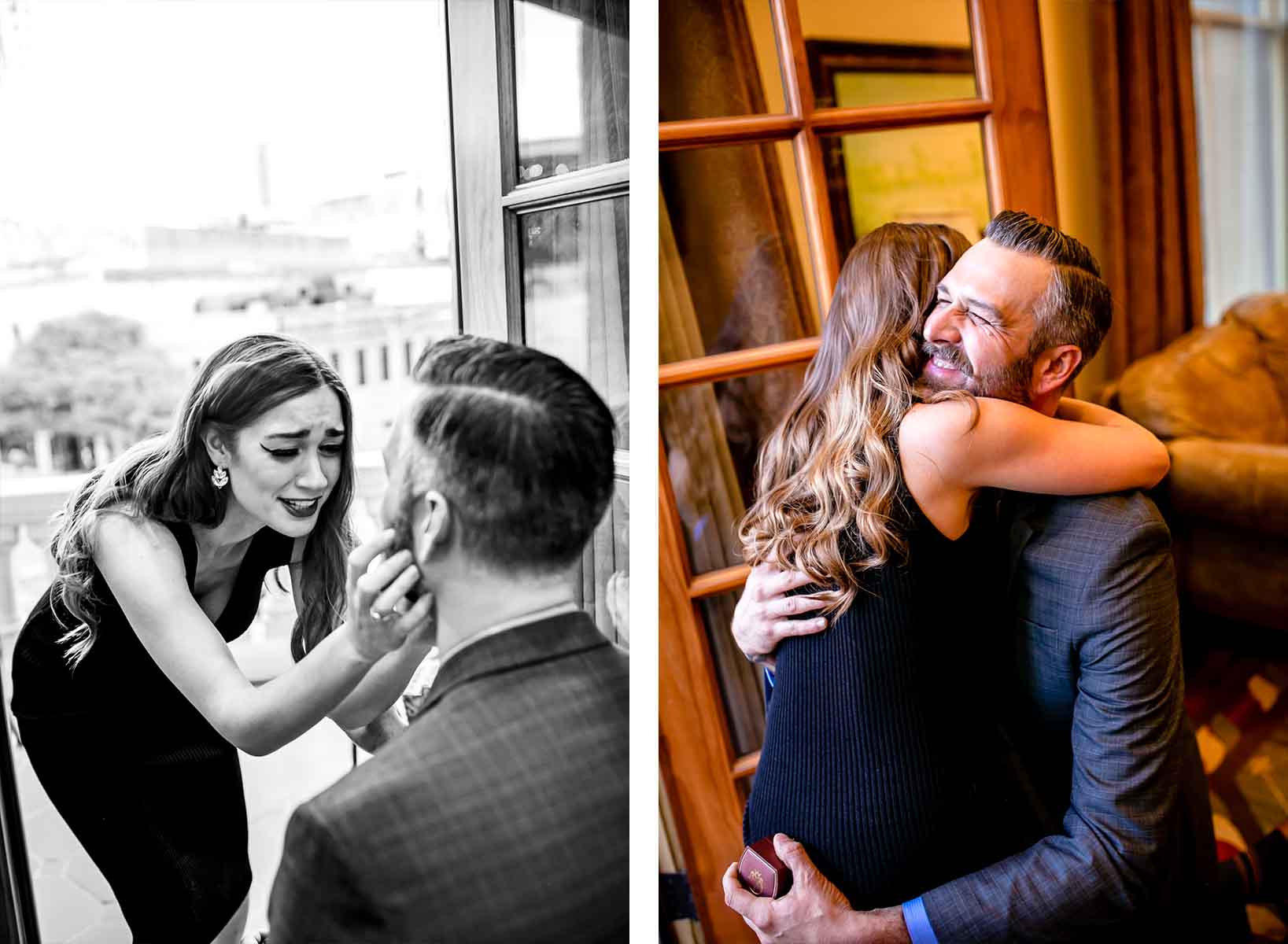 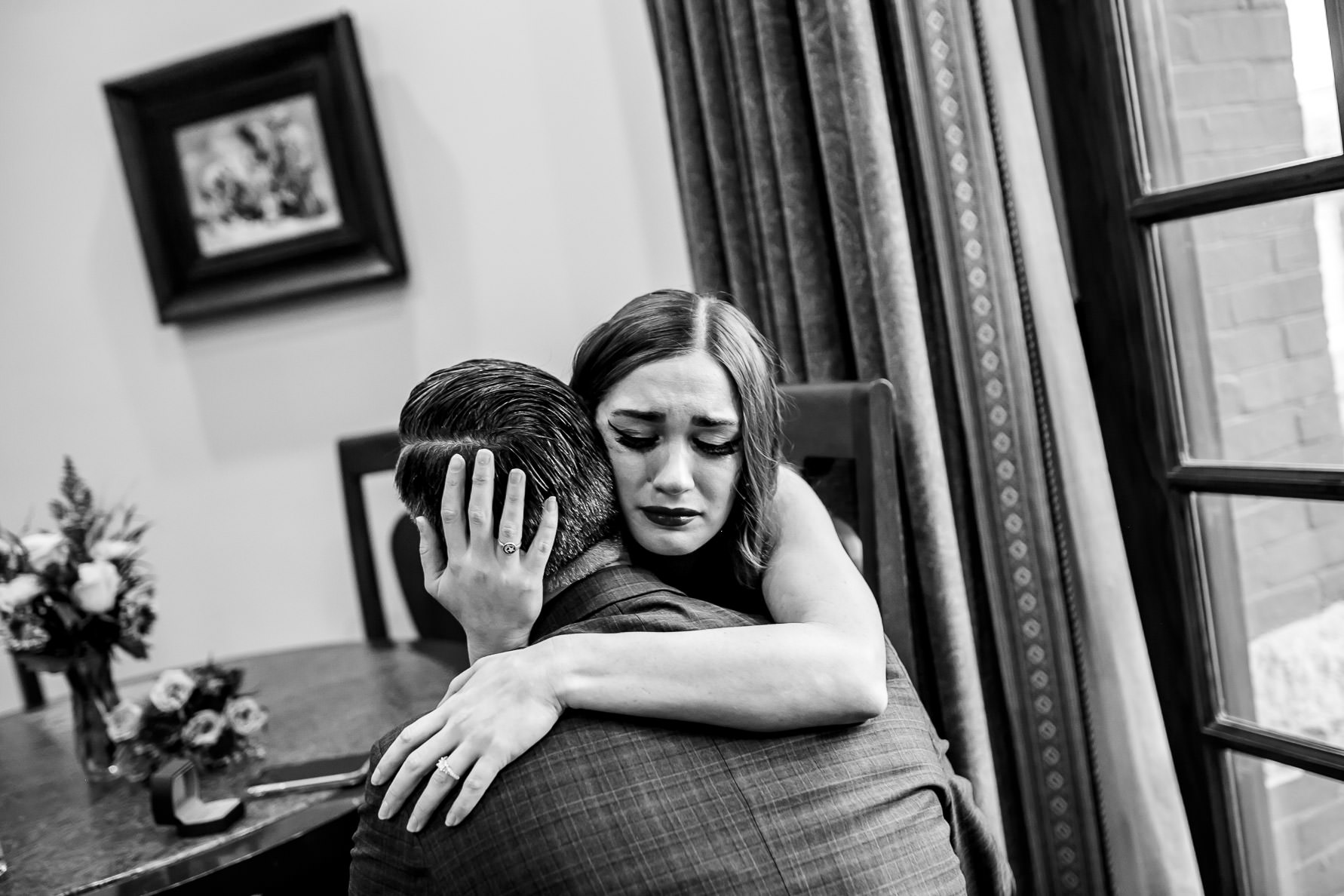 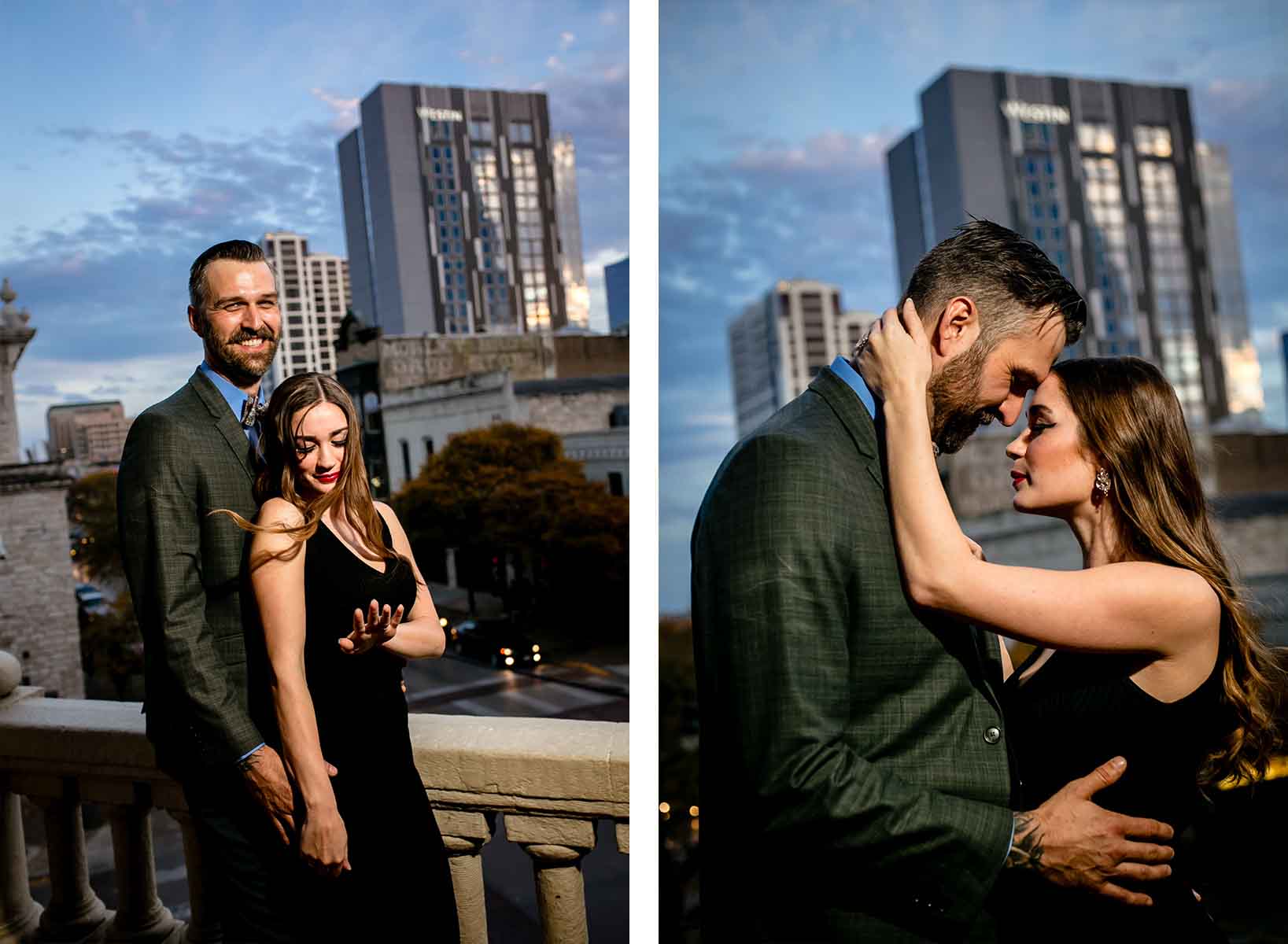 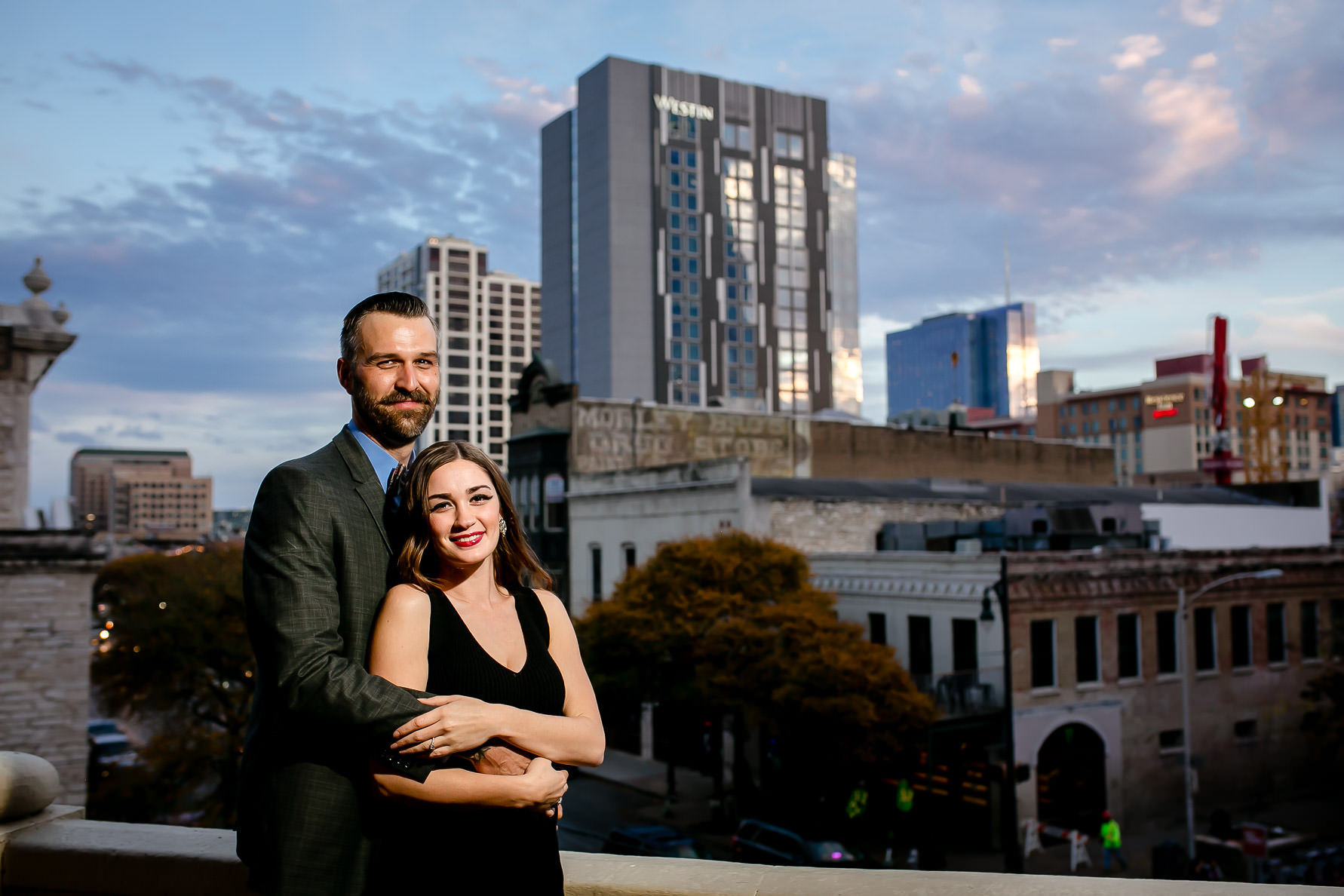 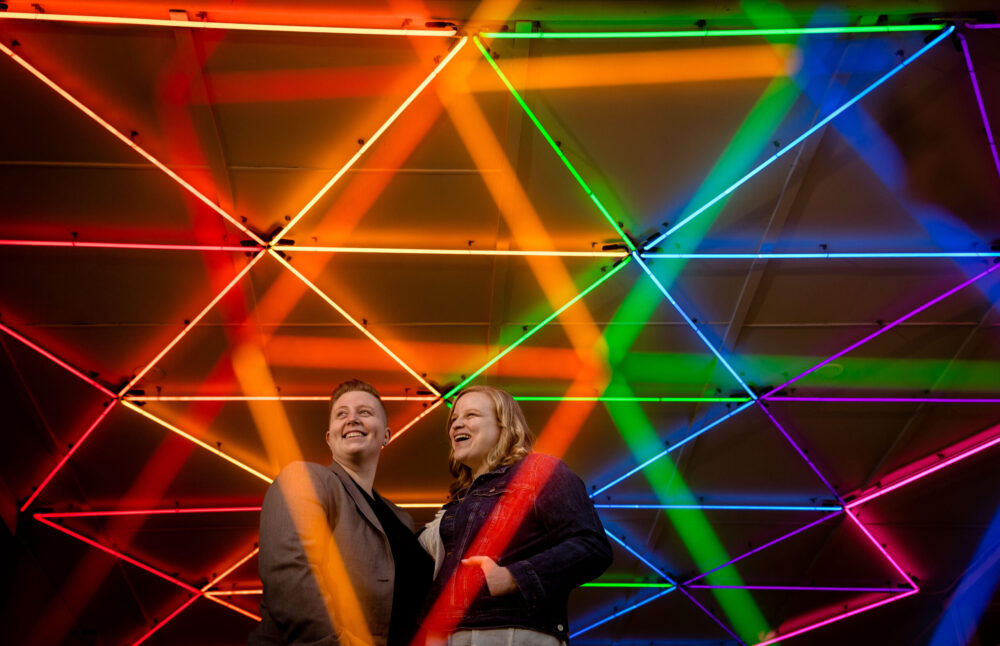 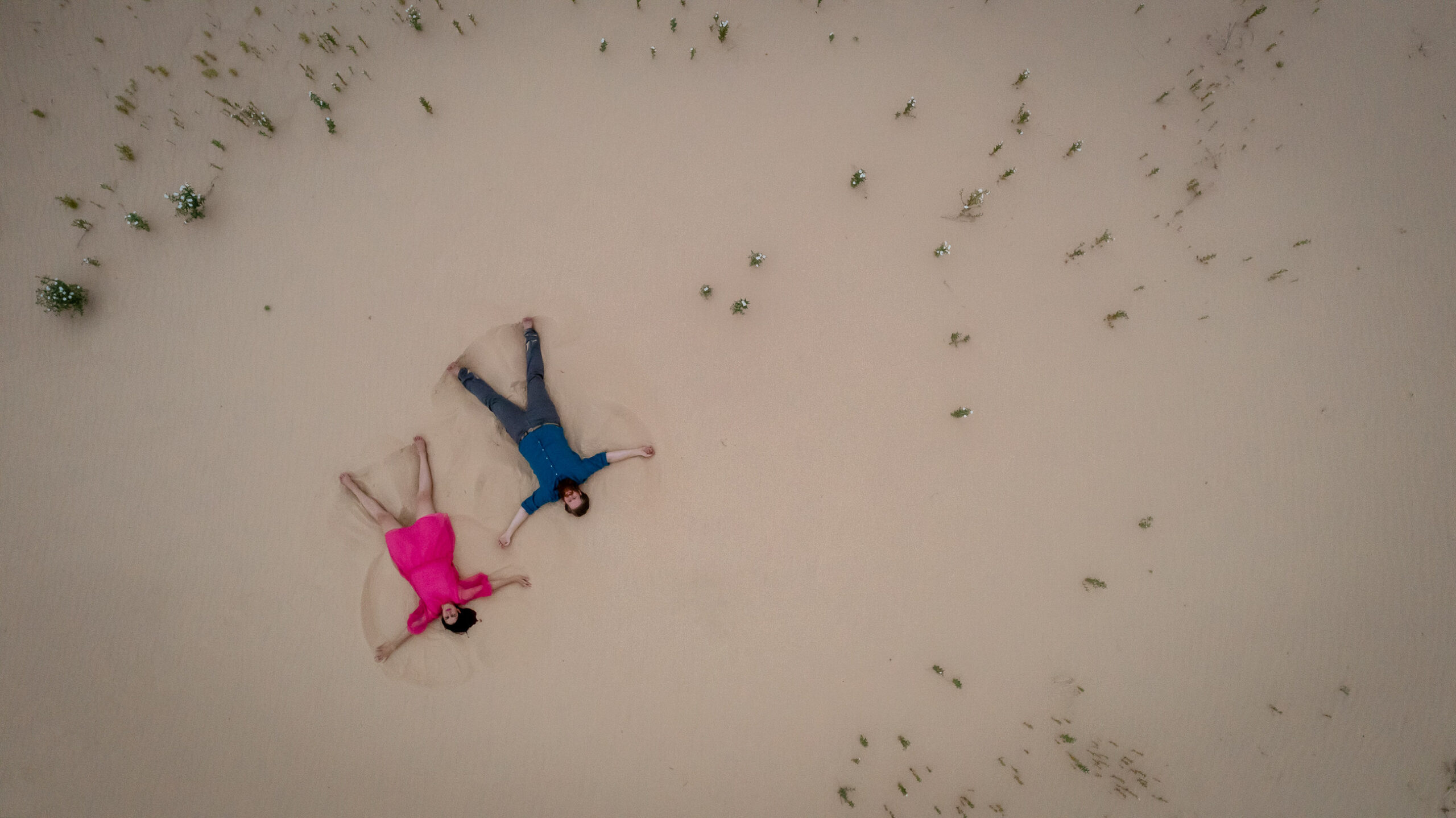 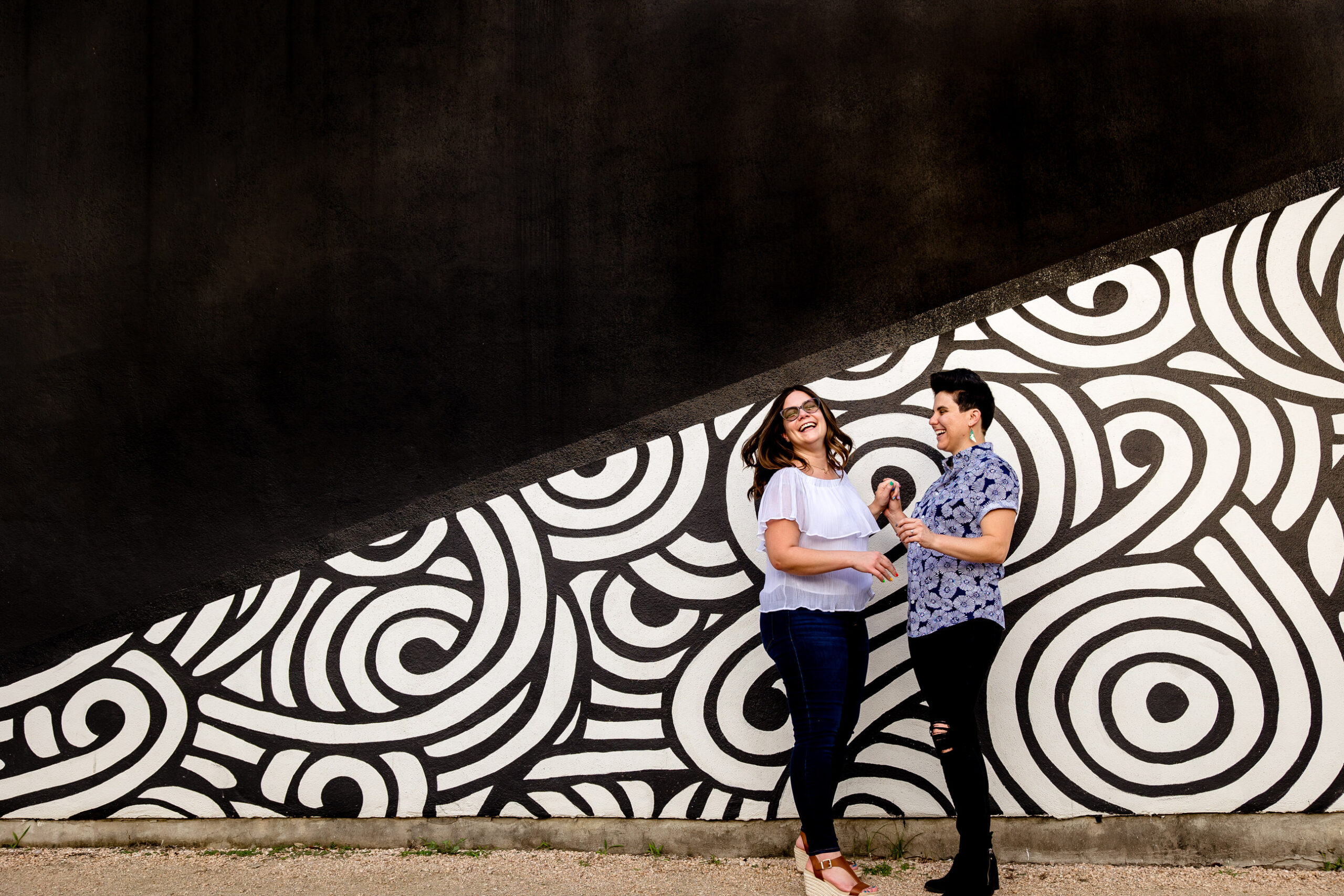 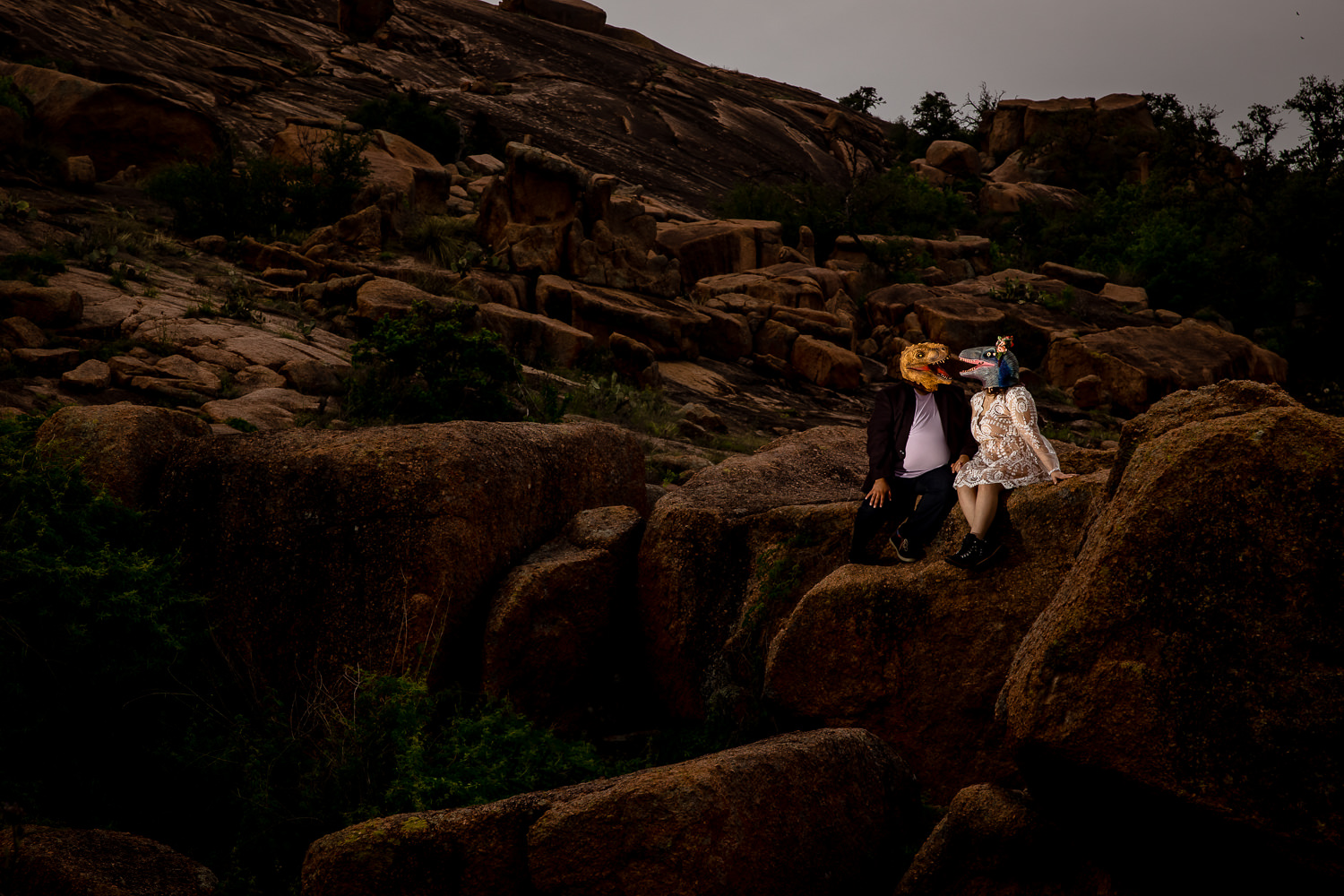