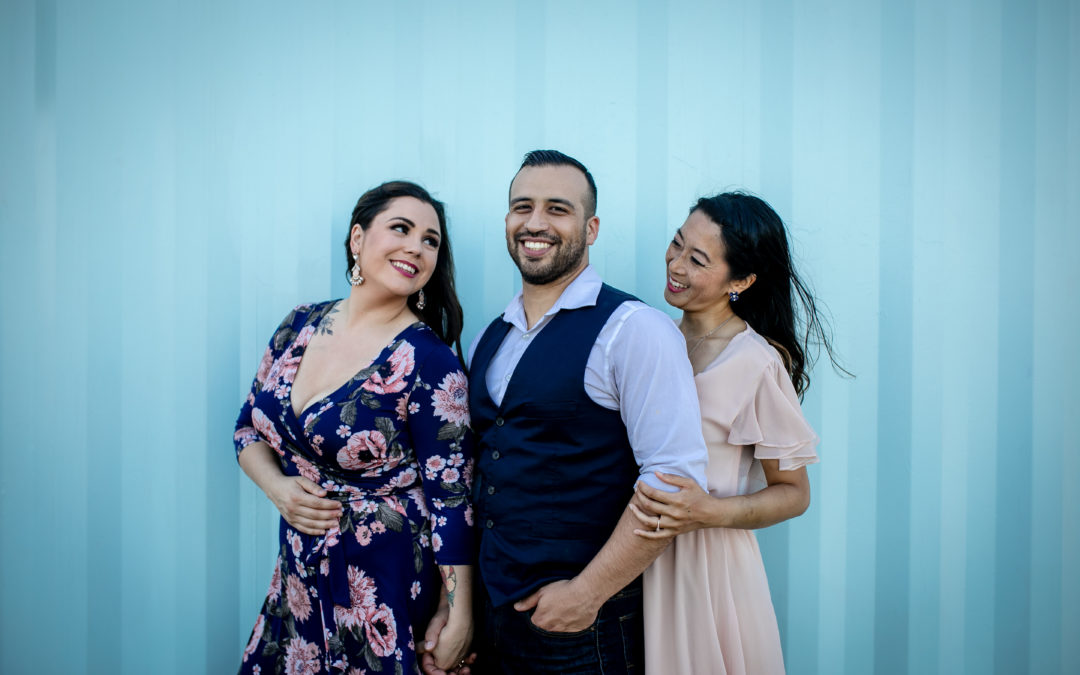 Ah, polyamory. The misunderstood step-child of the monogamy culture we live in. I remember the first time I heard about it, it was when I met up with Daley and Logan for the first time. They’ve been polyamorous their whole relationship and really, a standing testament to how much joy polyamory can bring to their lives.

I’ve been polyamorous for over two years now and boy, it’s….been interesting. Polyamory is certainly harder than a lot of relationship styles. It takes a LOT of work. A lot. A LOT. It takes patience, communication and lots of self-reflection. I don’t think I could do it any other way though. Monogamy is awesome for some folks, but lots of loves is awesome for others. Different strokes and all that! In the last year, I’ve photographed quite a few polyamorous couples (although I do not usually post about it, since a lot aren’t open, thanks to the government and friends/family that are judgey). But they’re there, they’re in the world, gettin’ married and infiltrating the world. LOL We’re coming to take over!*

Enter stage left, these three. Man, I am SO EXCITED ABOUT THIS WEDDING. I met these three a few different times, at a couple different expos. I was VERY excited when they finally booked me, because triad weddings are just not common yet. Though, when I say “wedding,” in this case I mean love party. They are going to have one epic shindig, if their engagement session is any testament!

There aren’t a love of polyamorous engagement sessions out there, so posing really just takes some imagination and skill. It ALWAYS helps when people are cool in front of the camera and David was certainly a ham! Doing a split session, with fancy ish first and then the holi powder second, that was such a great idea!!! 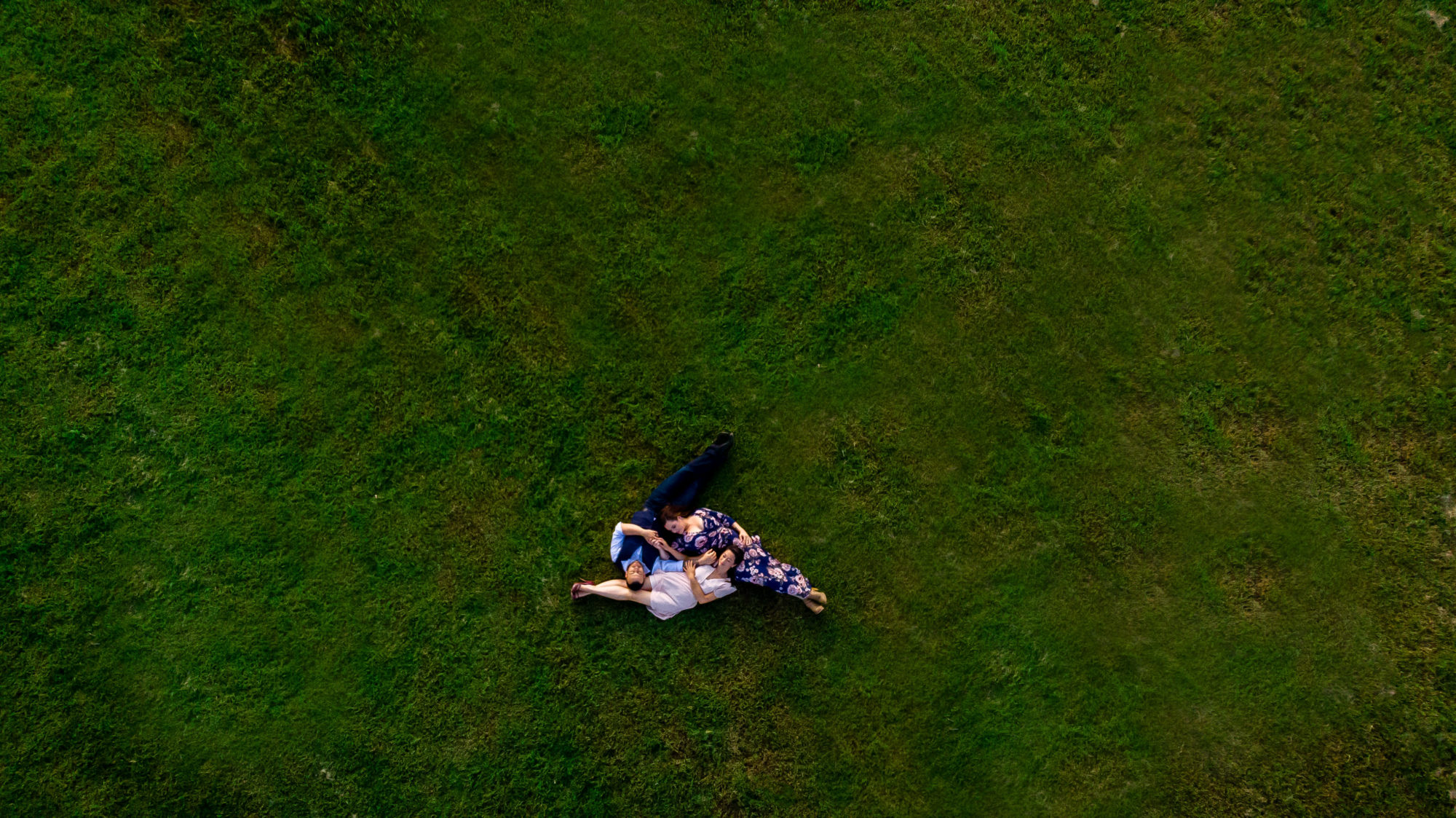 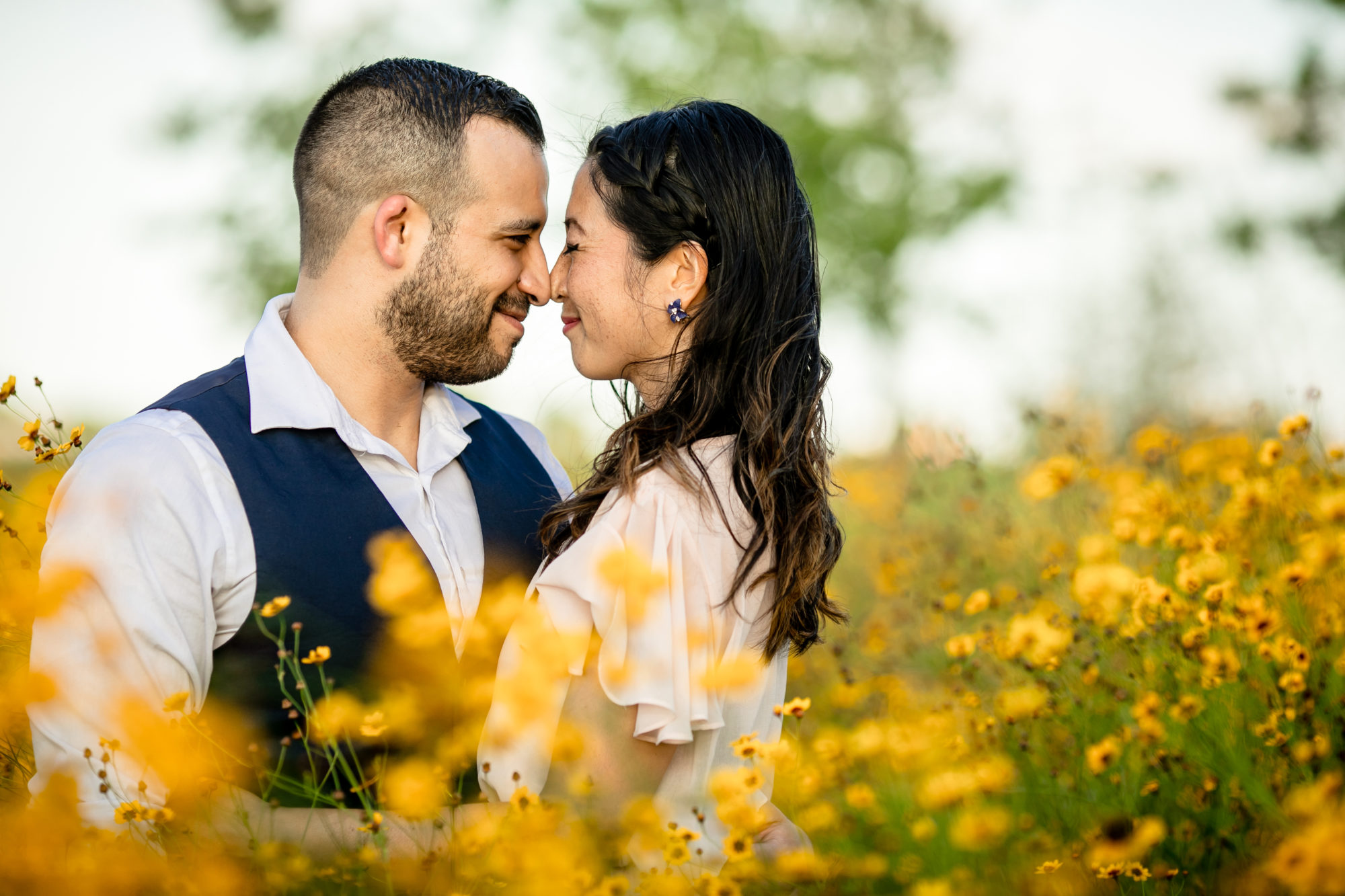 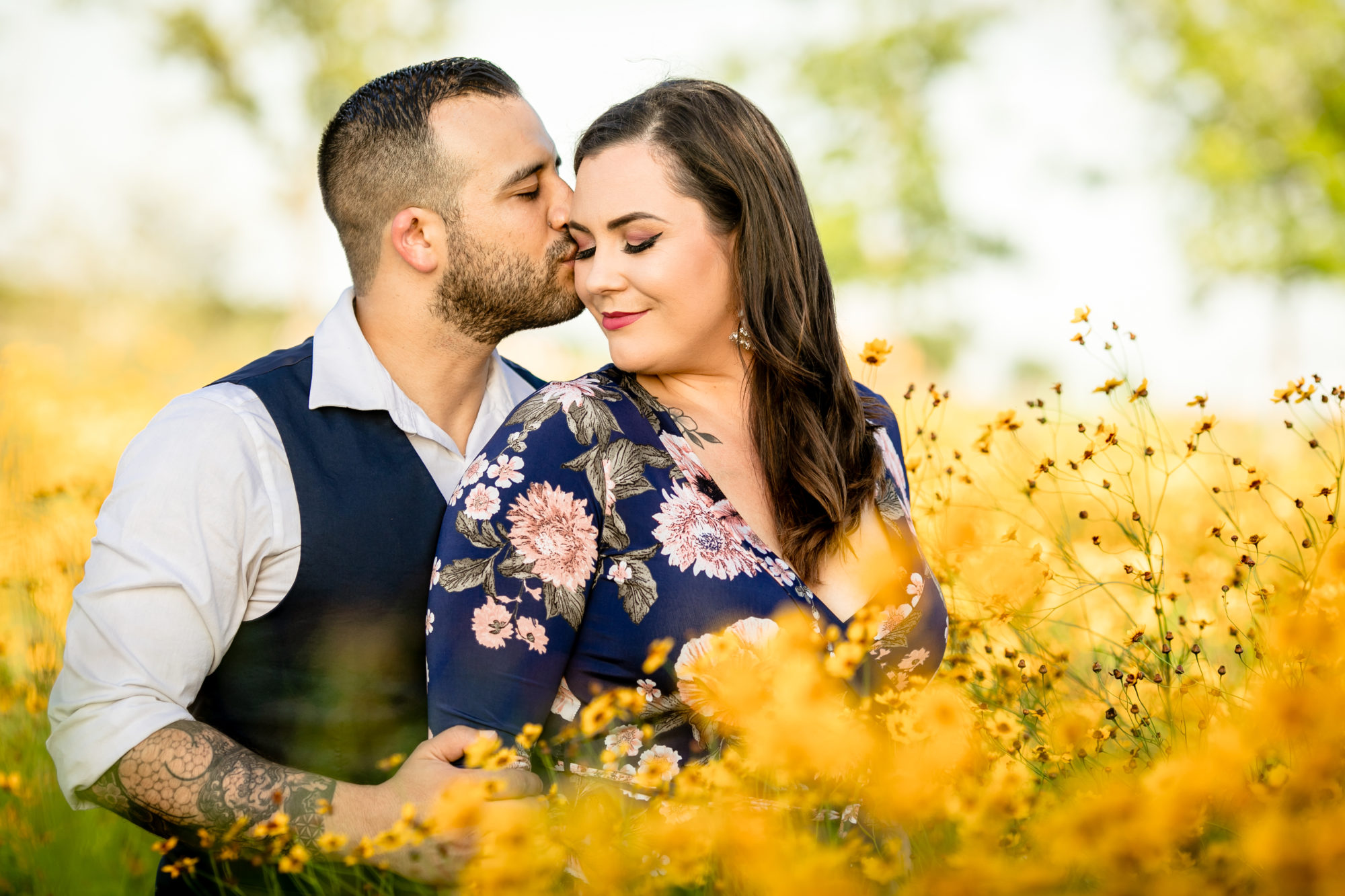 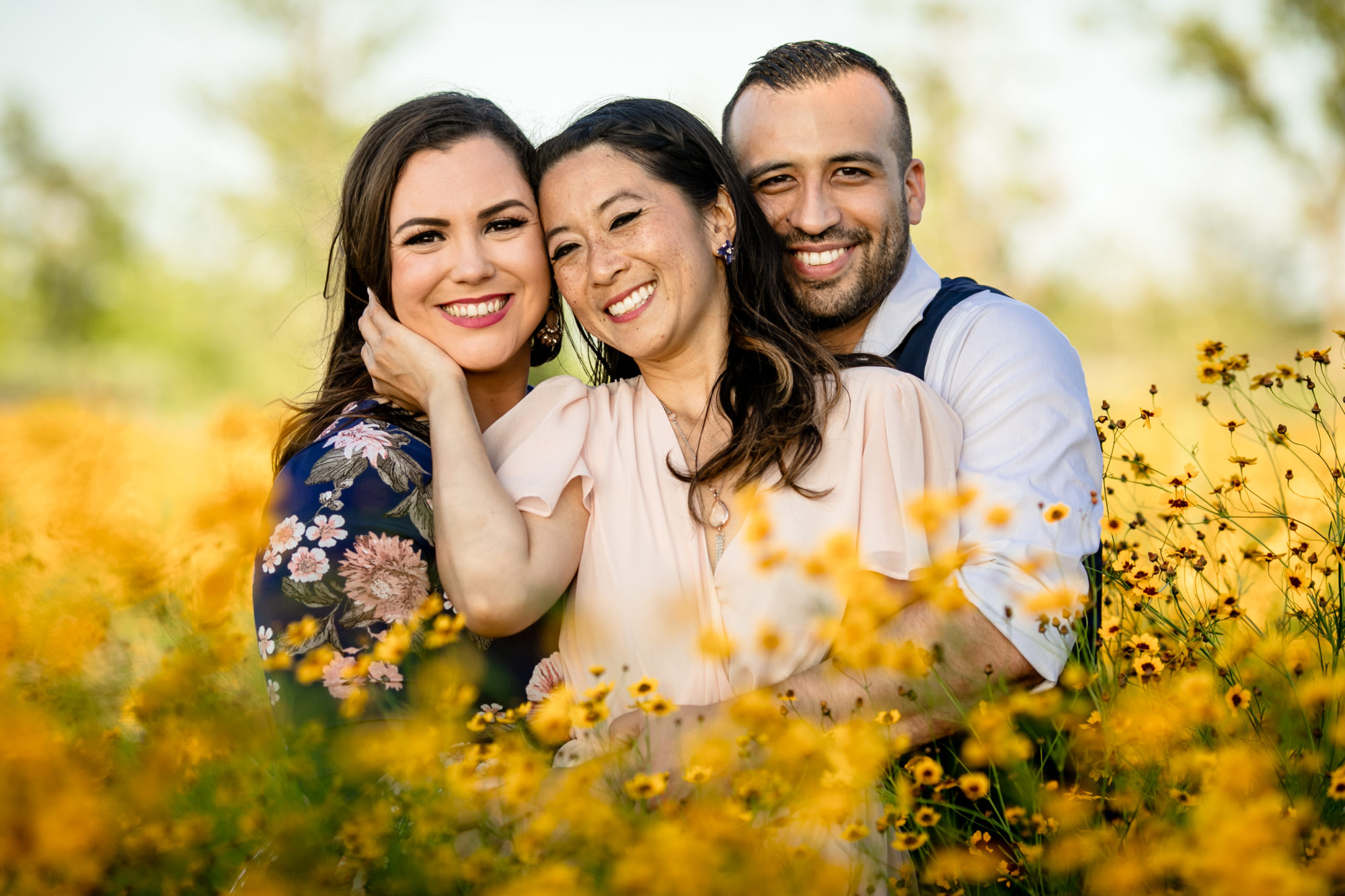 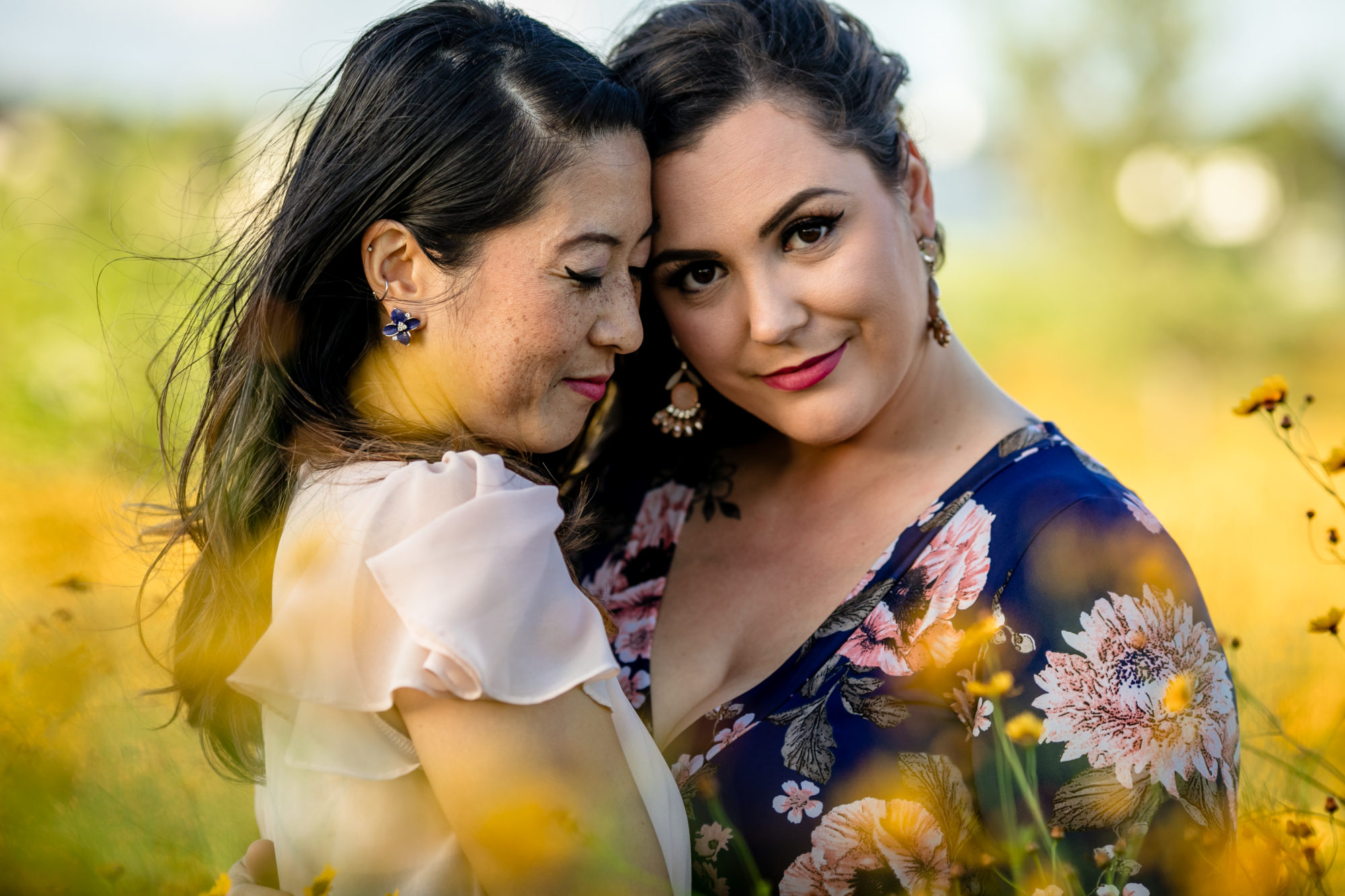 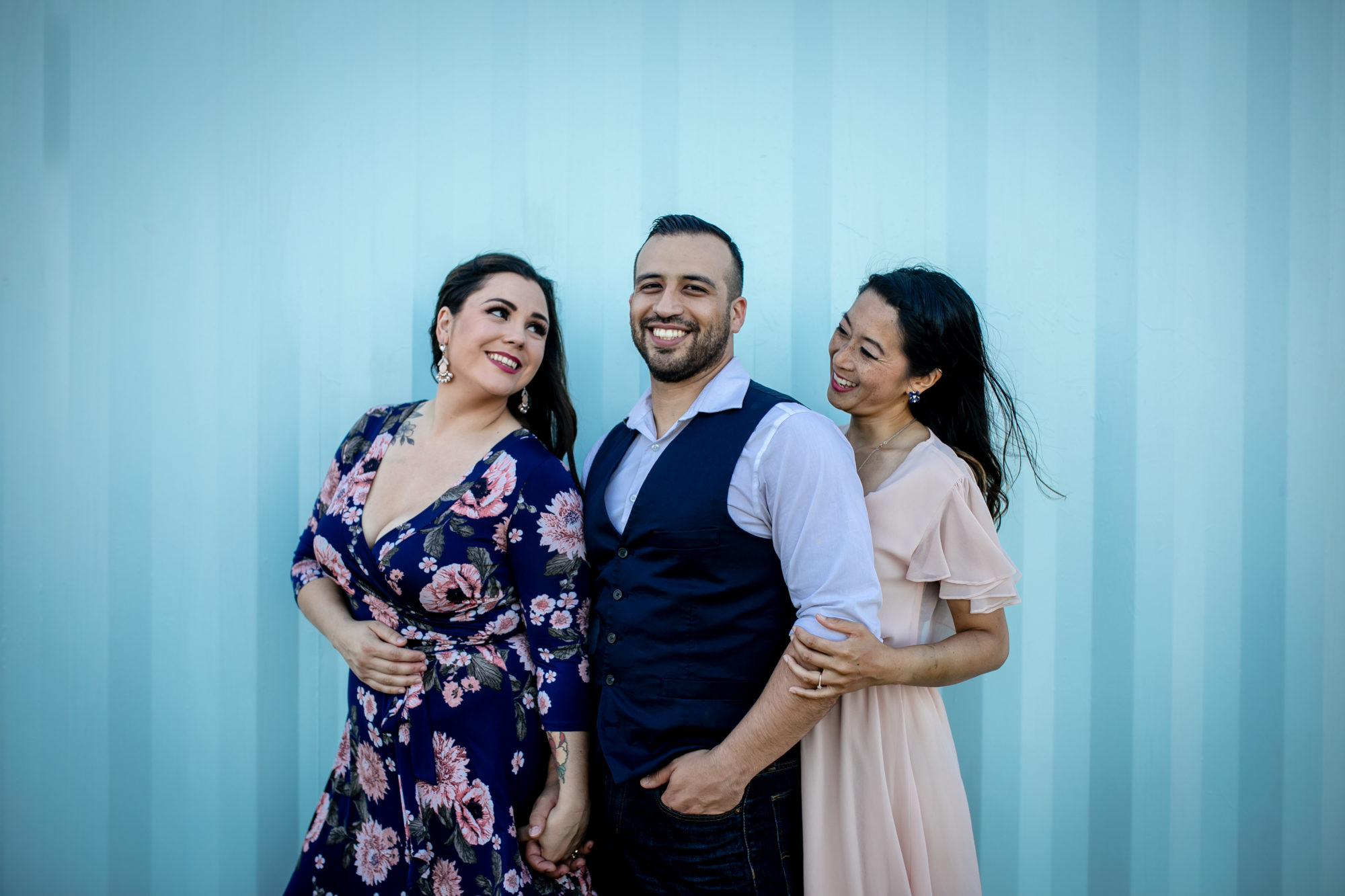 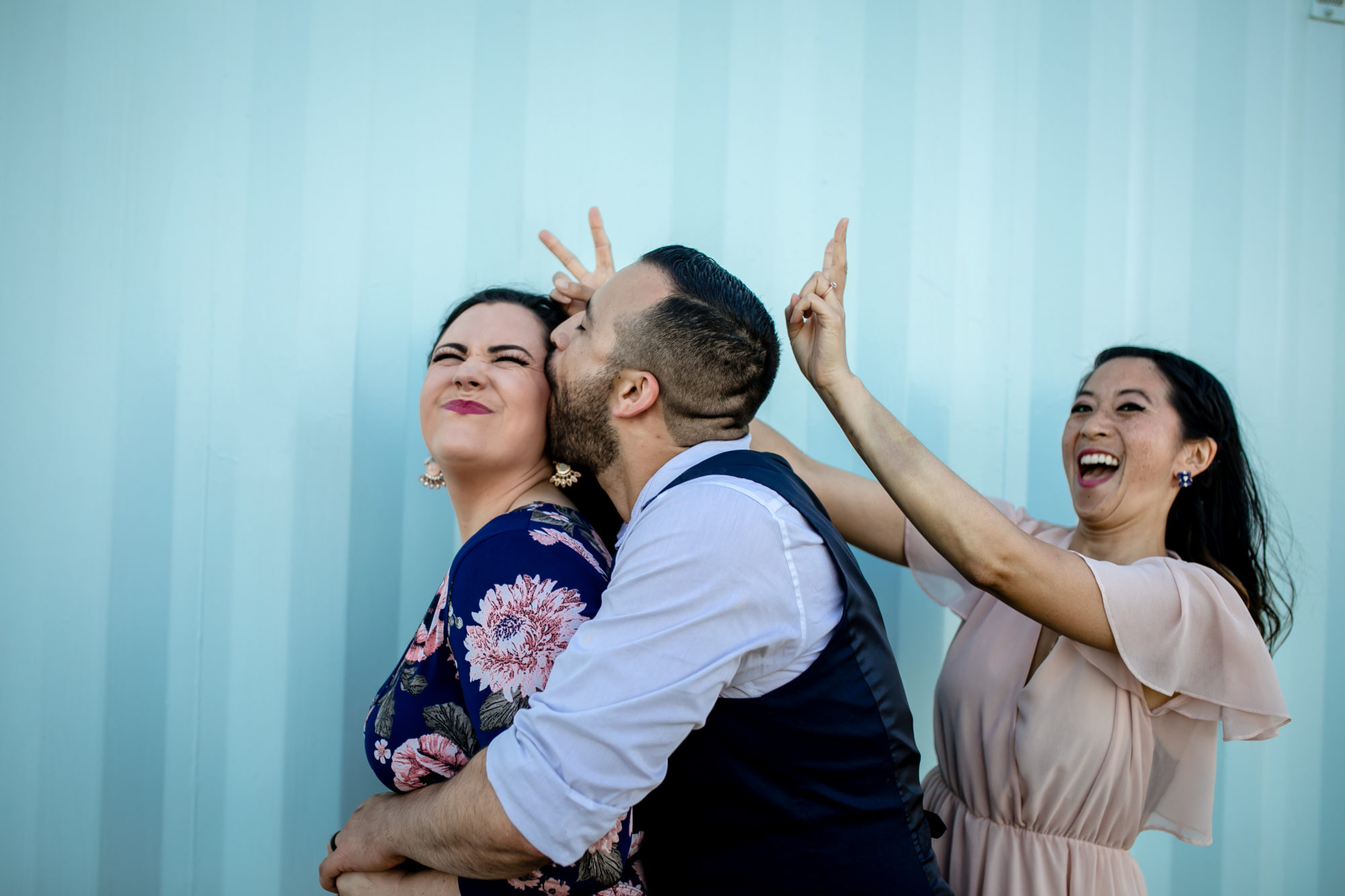 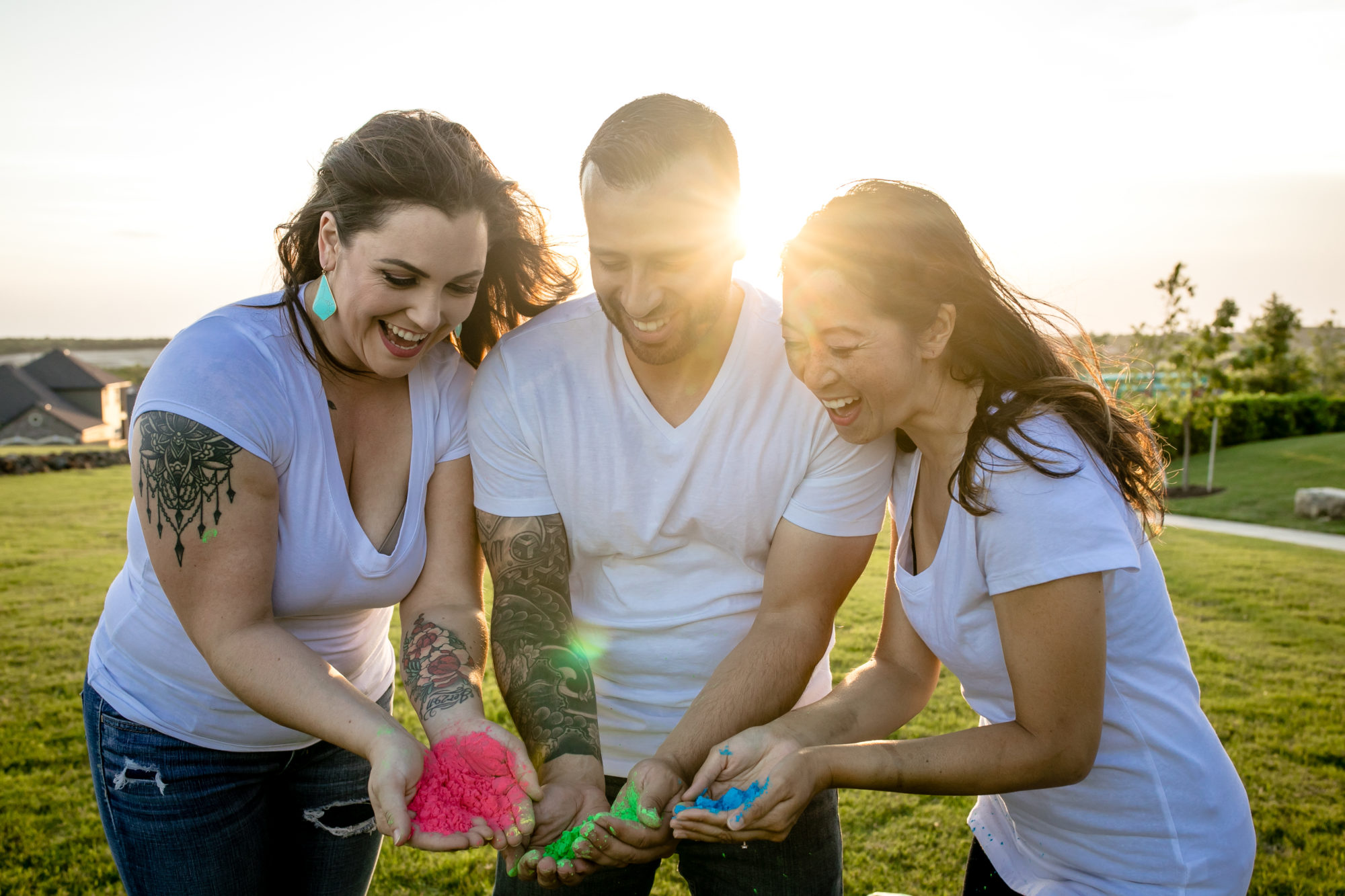 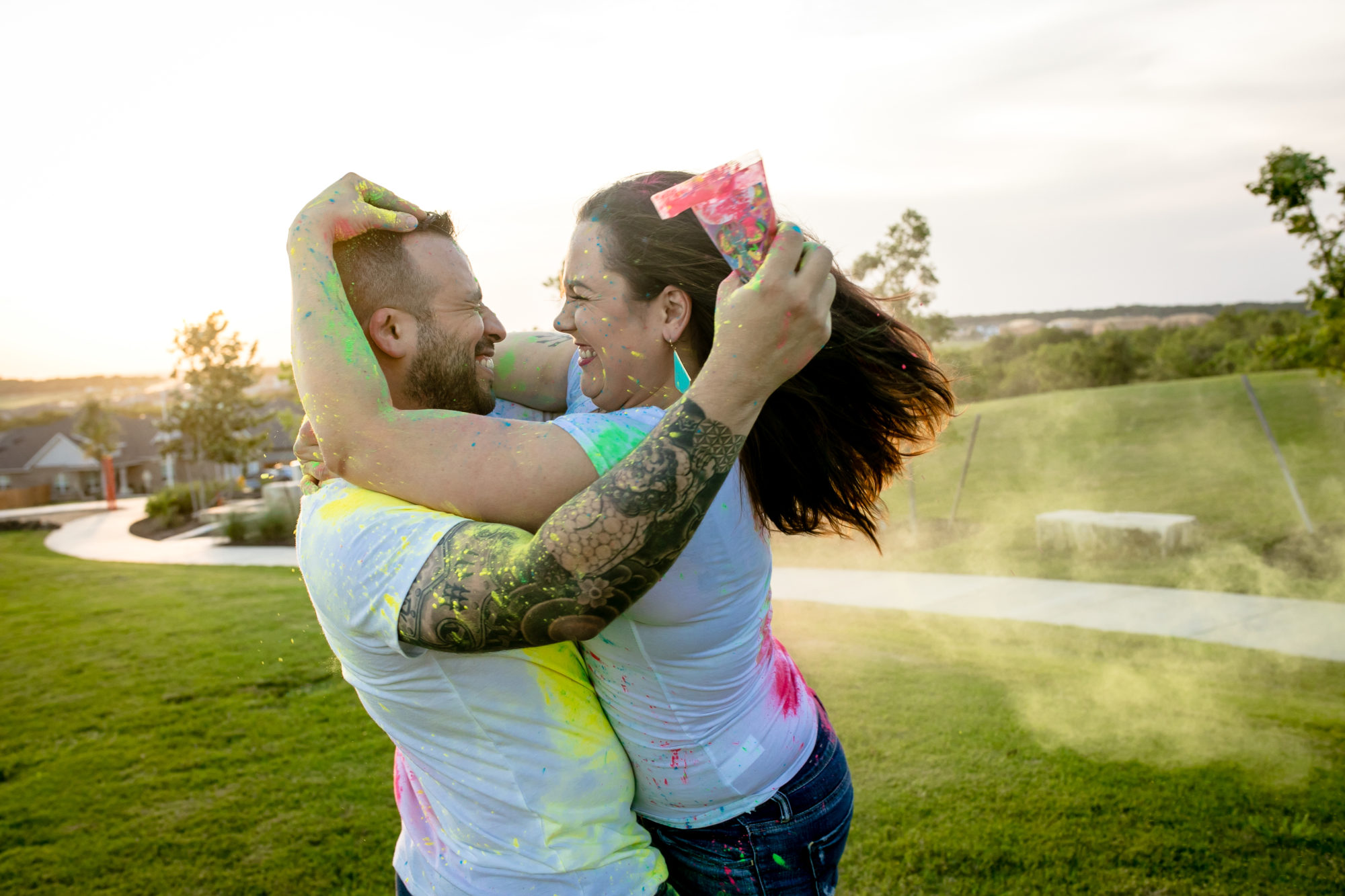 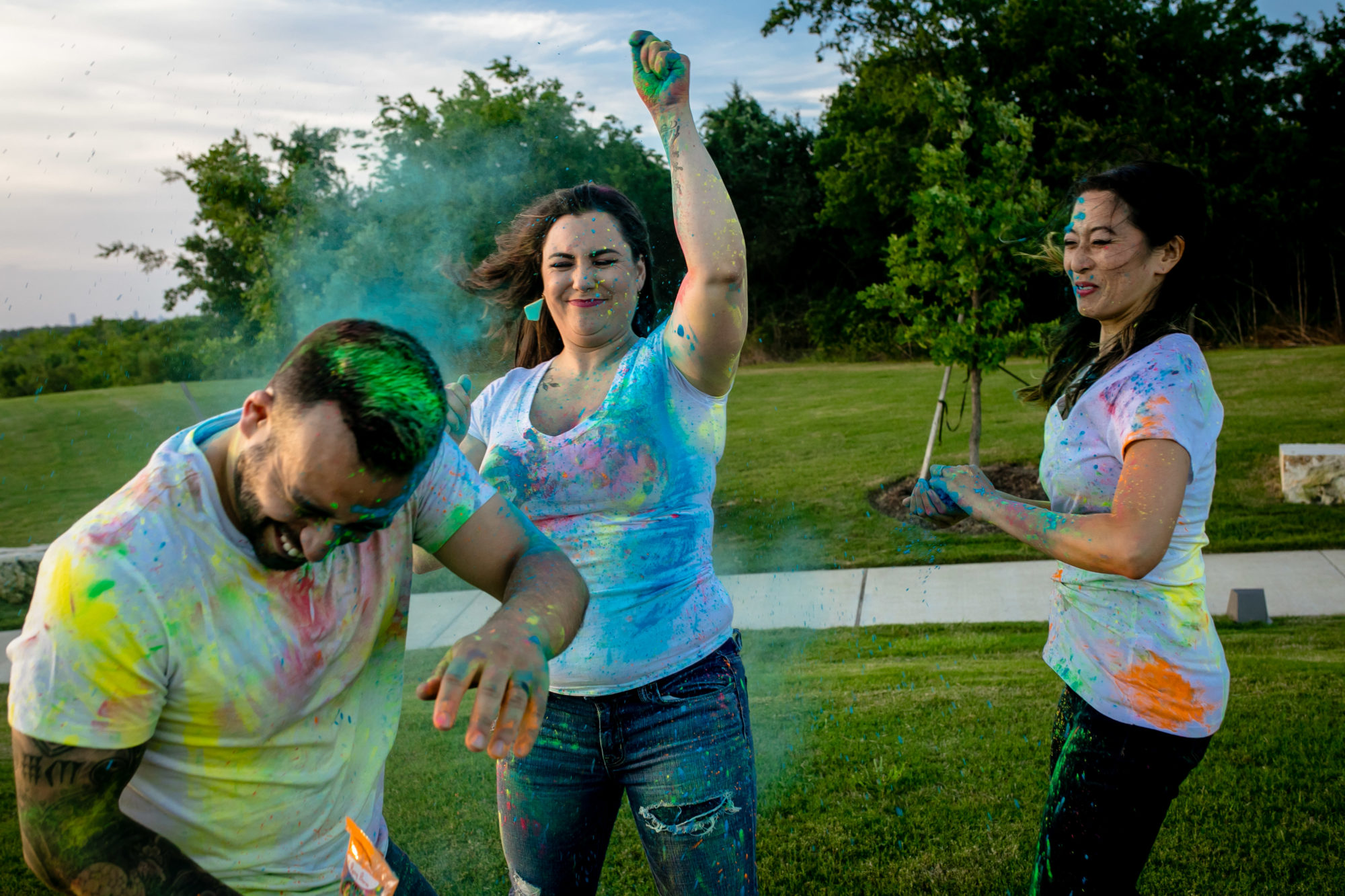 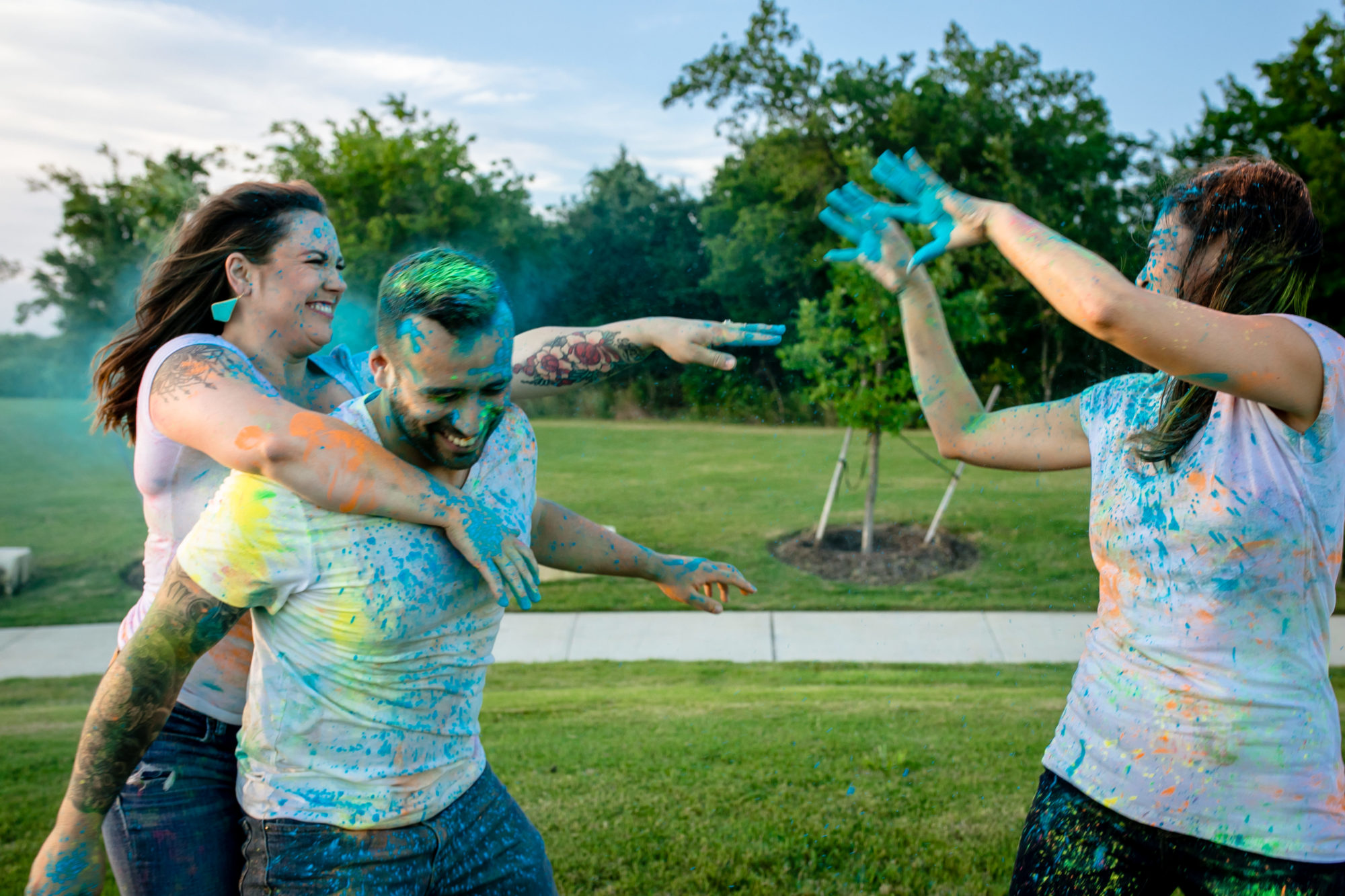 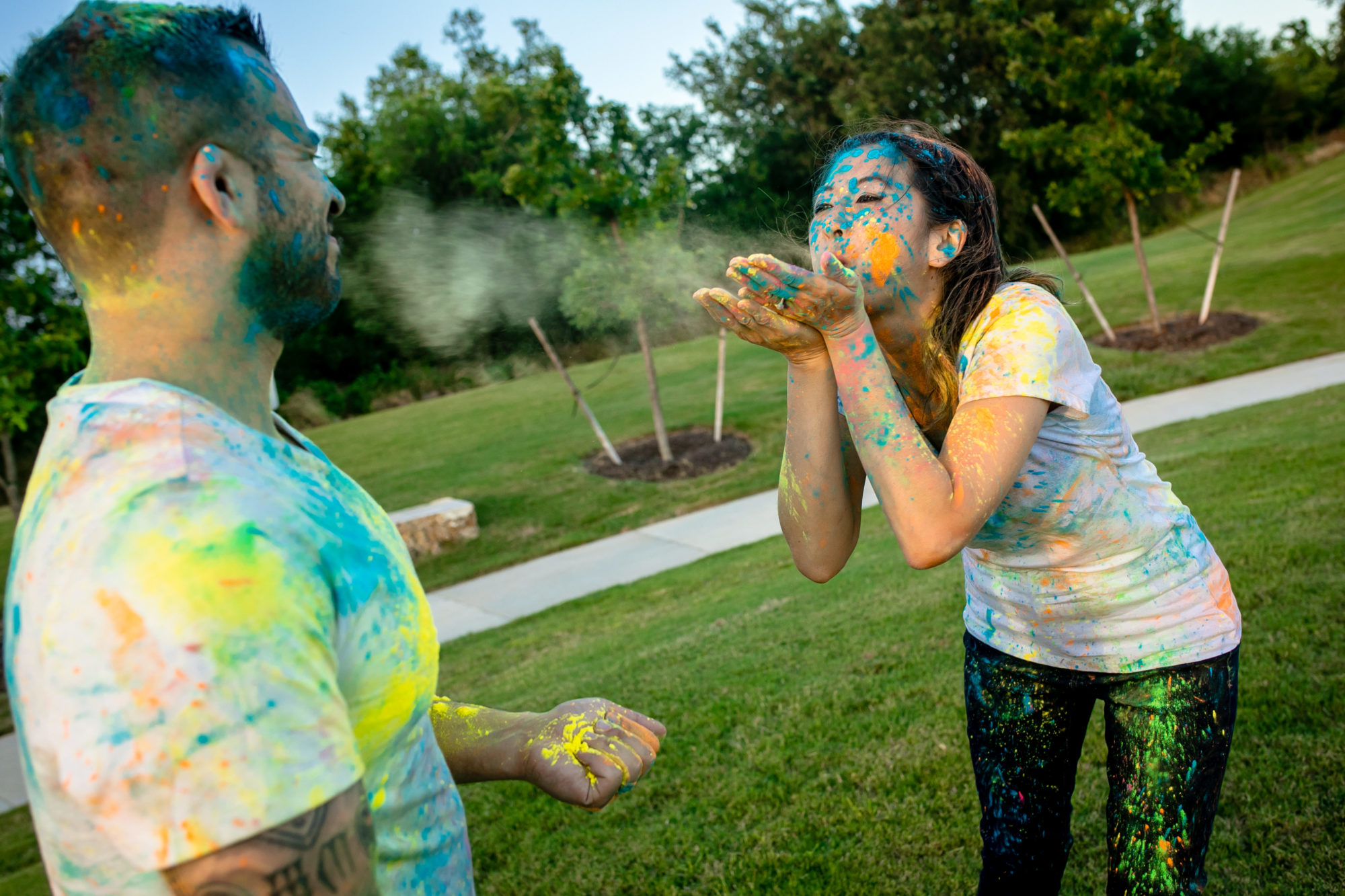 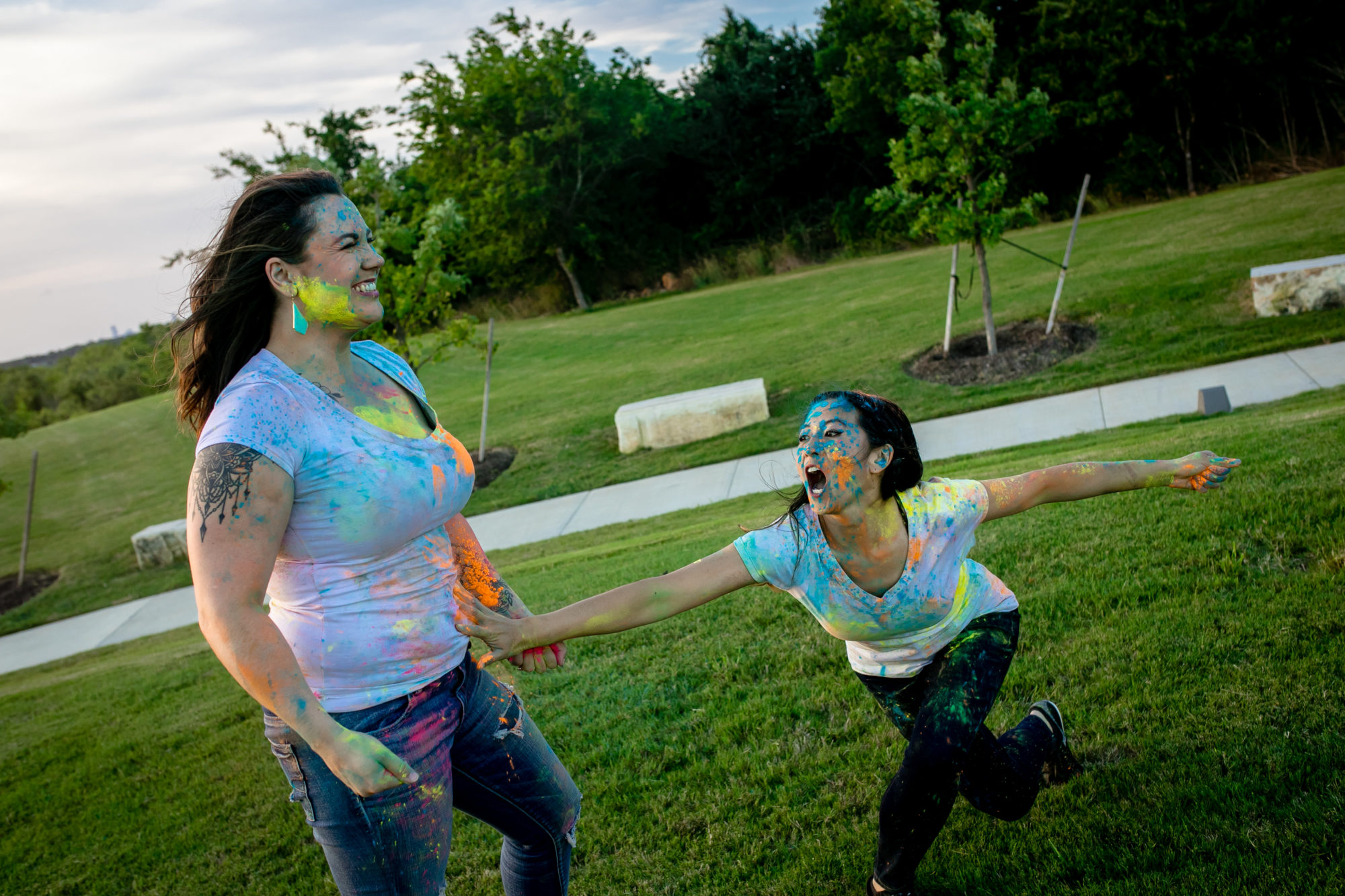 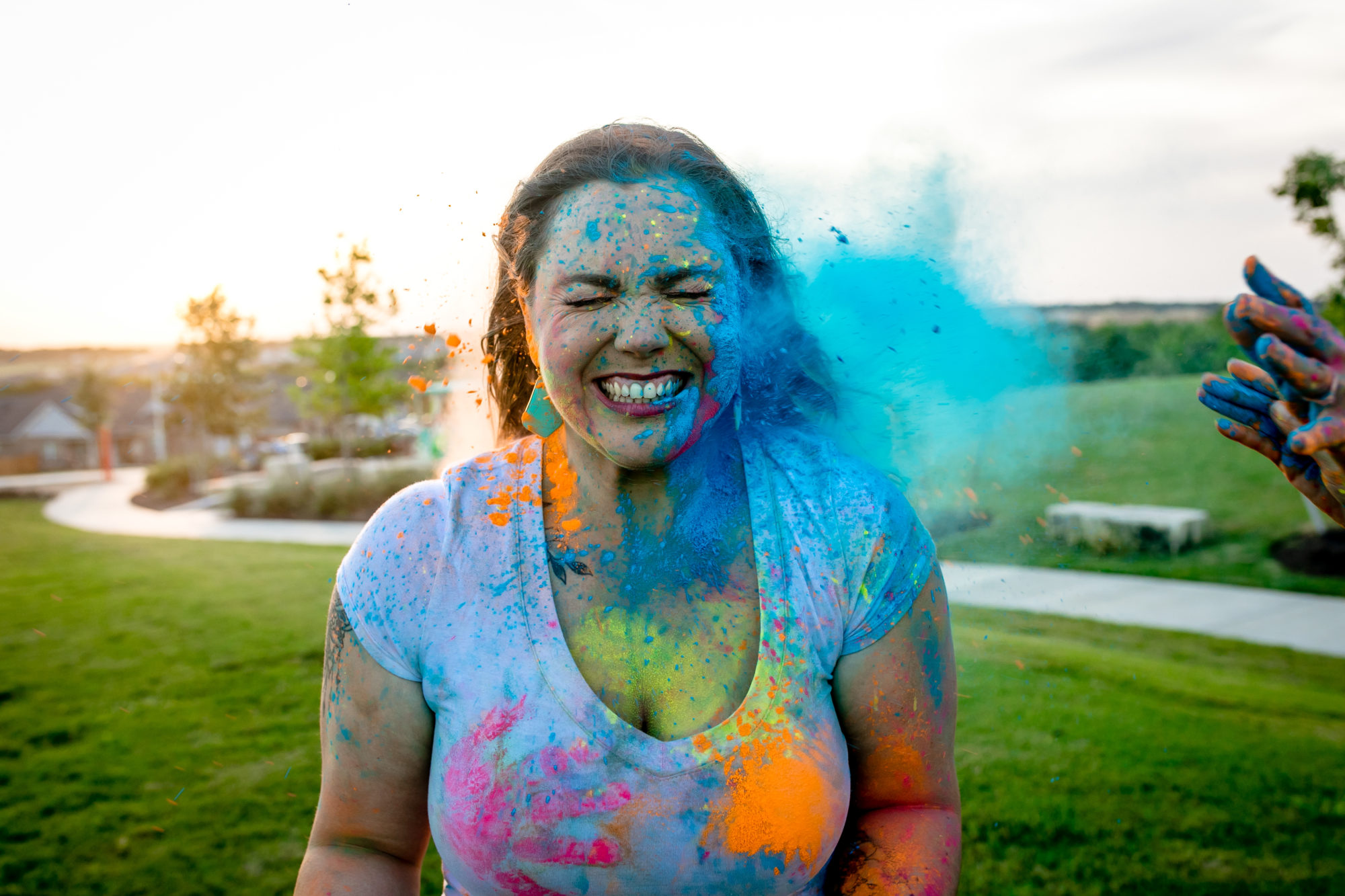 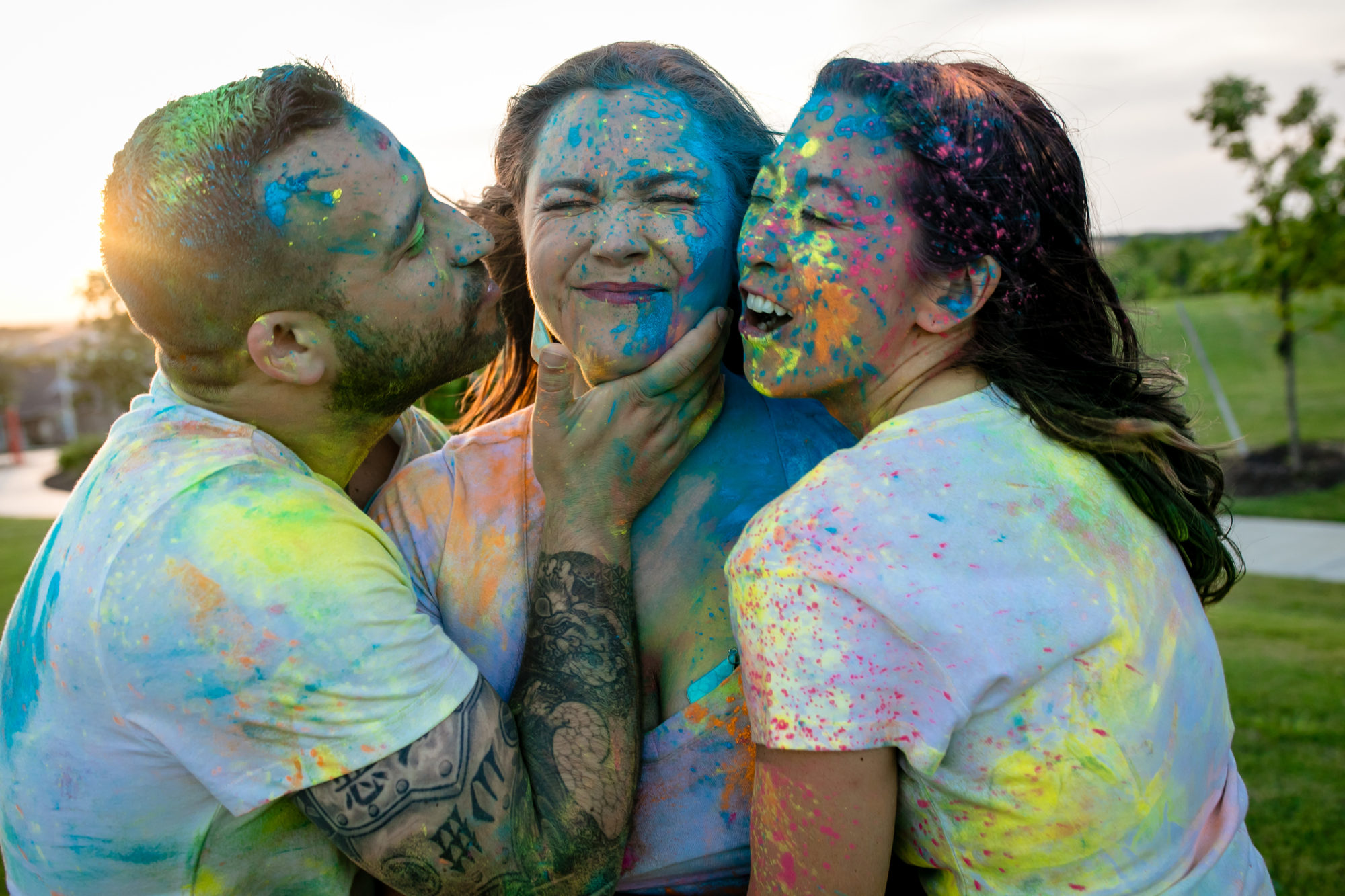 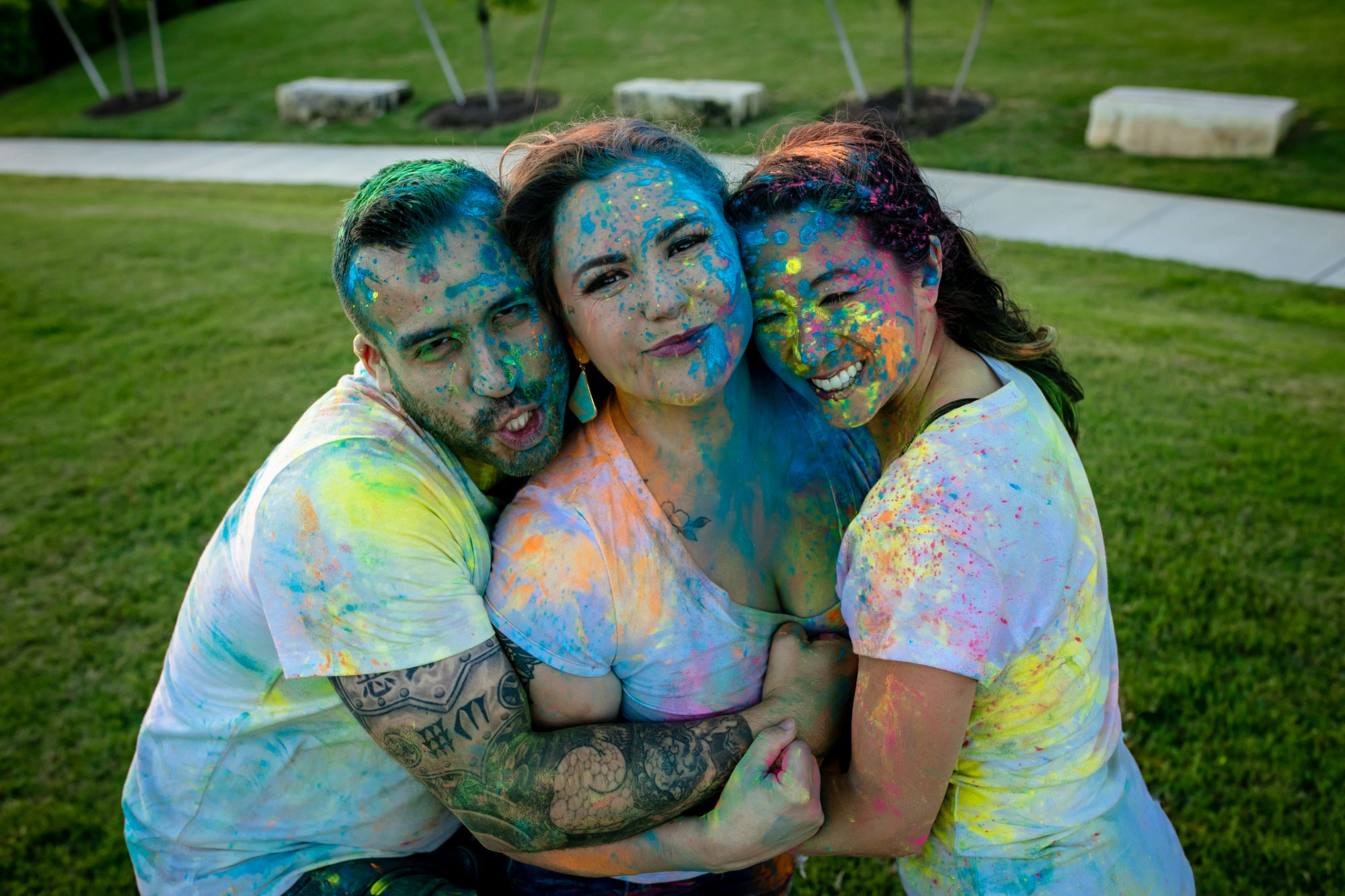 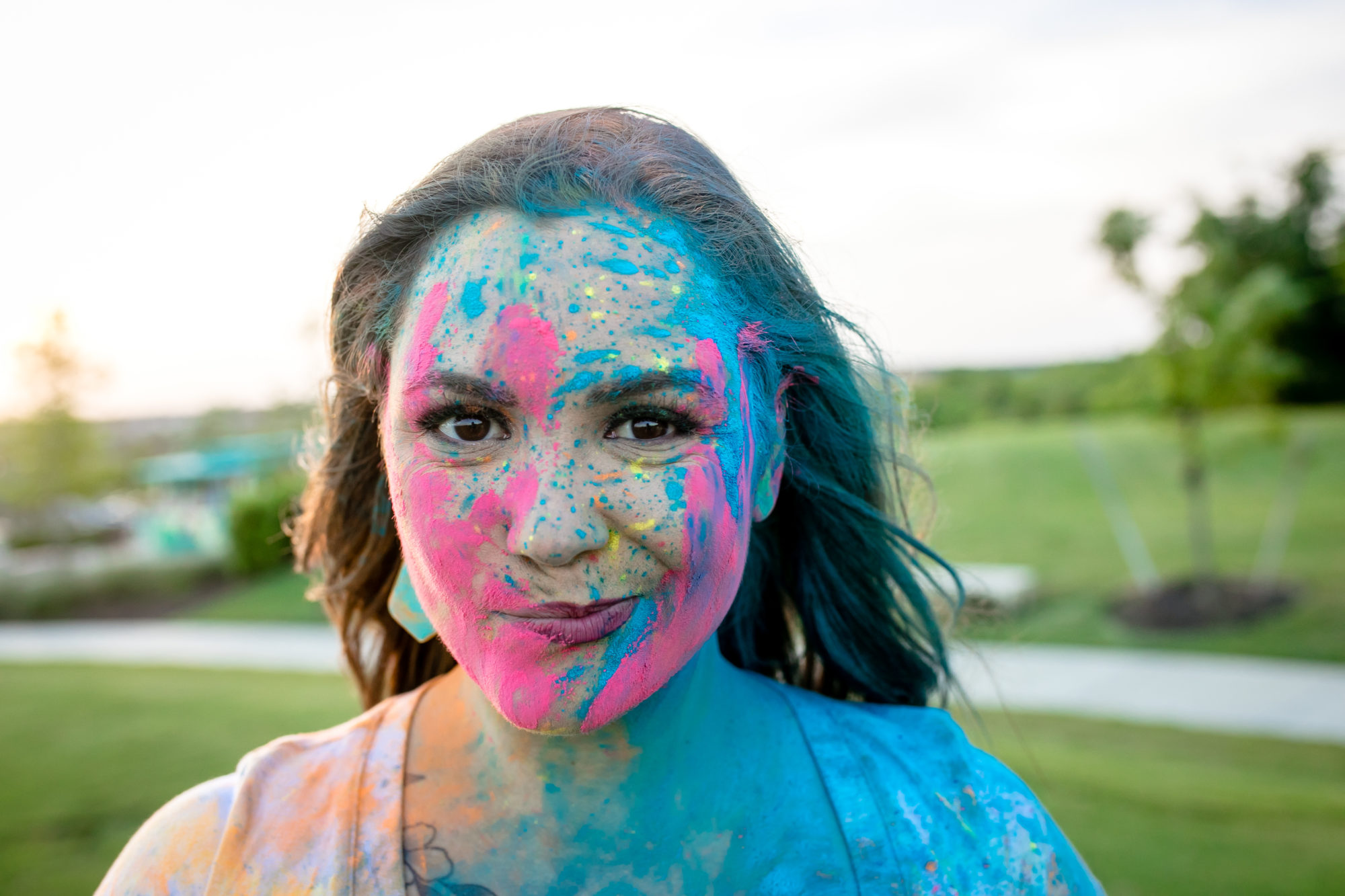 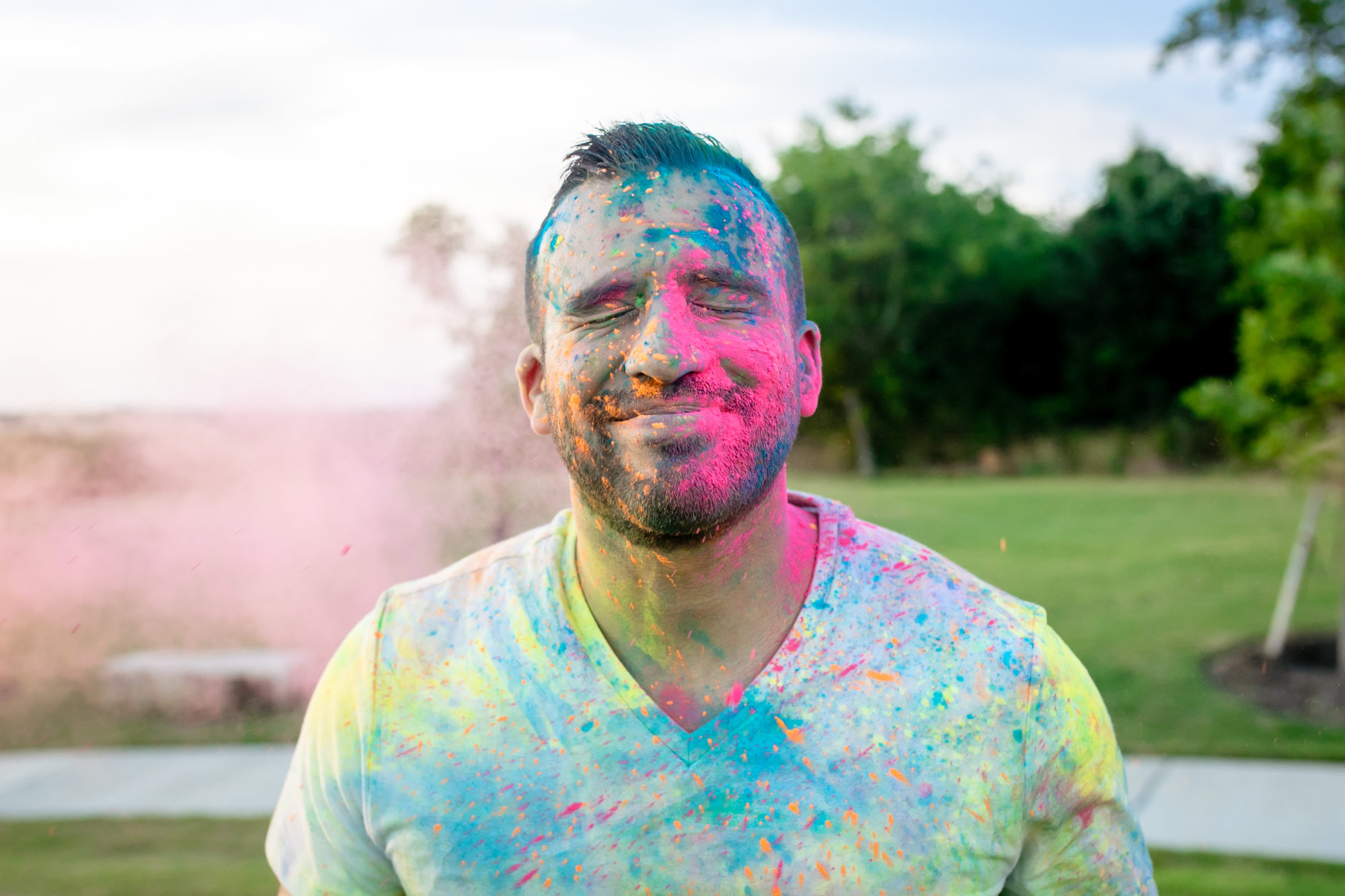 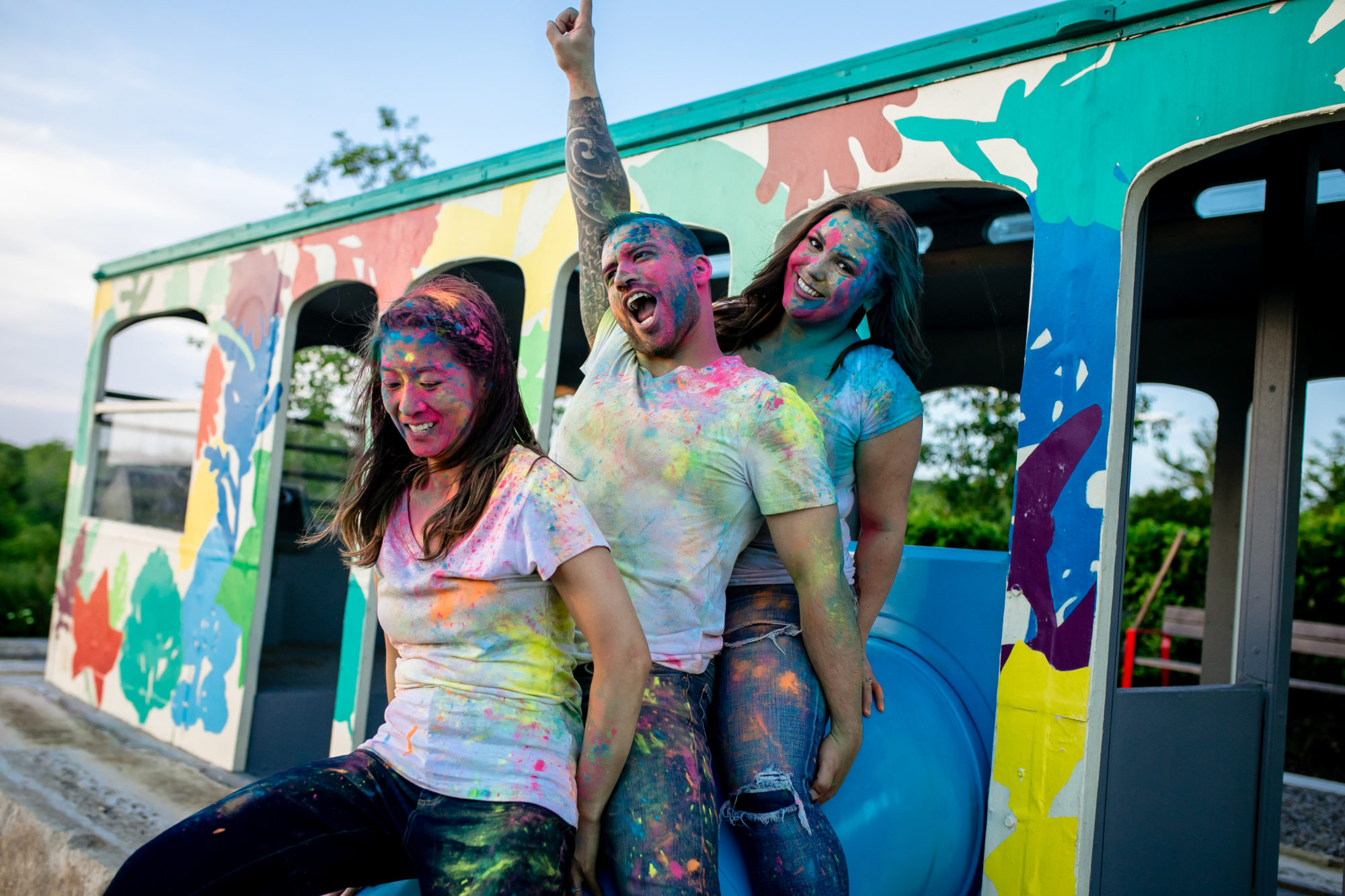 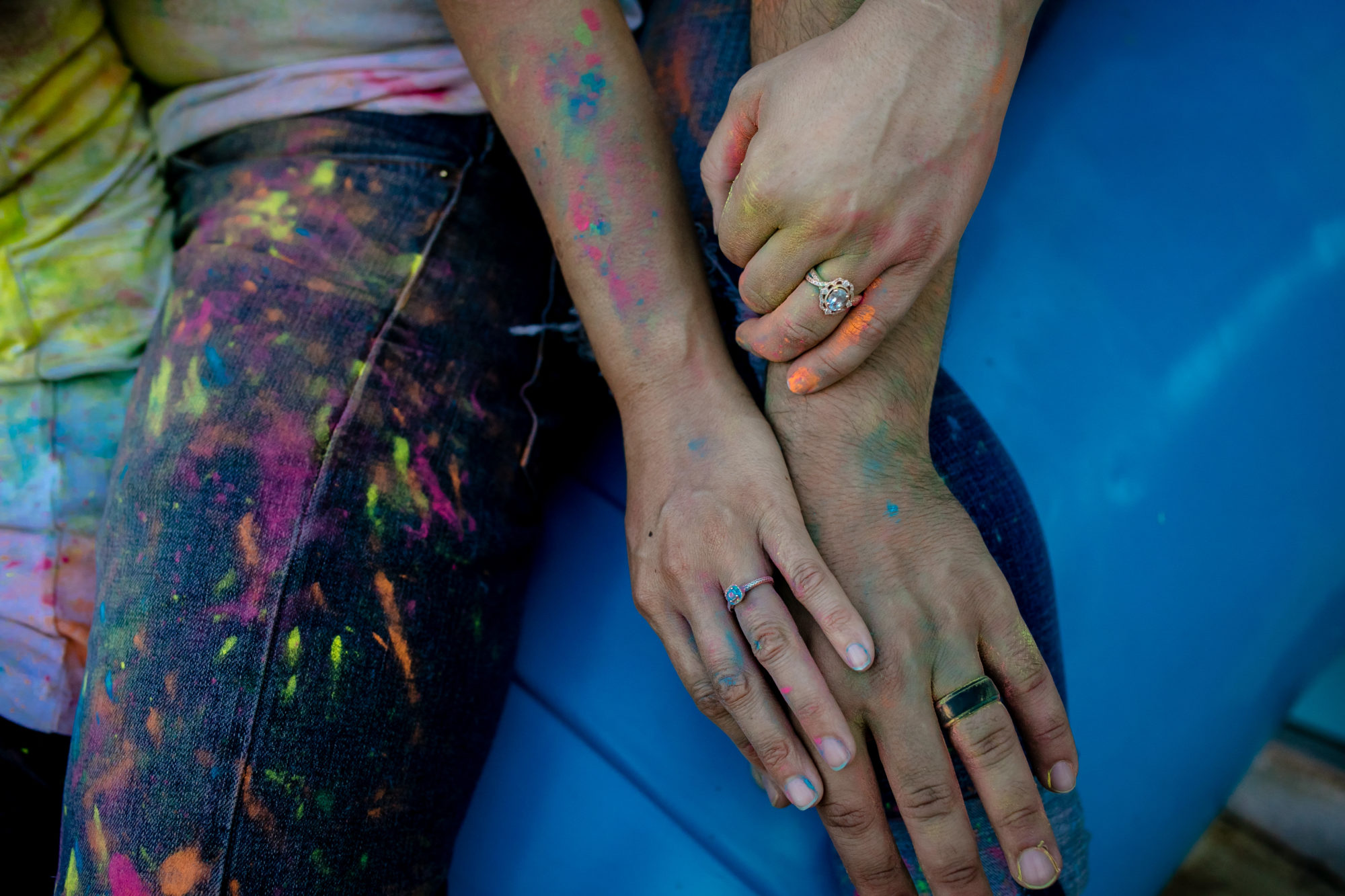 *we don’t really have an agenda. Don’t panic.