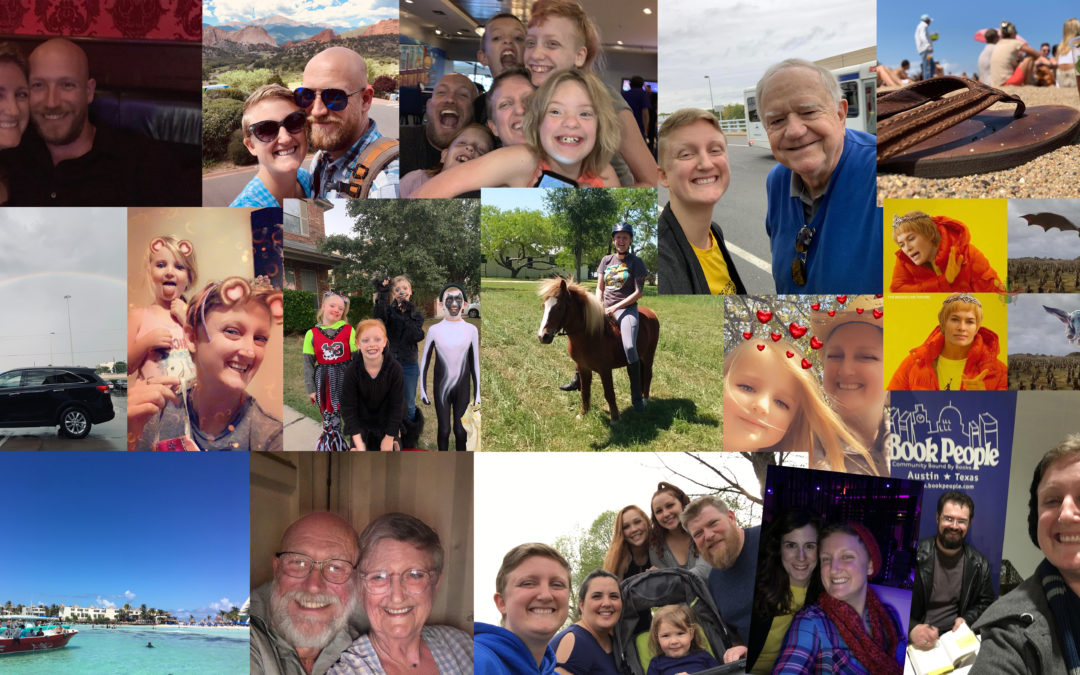 This year has sucked. Plain and simple. Hard lessons learned, left and right, the Universe spewing them like bullets made of fire. Now, don’t get me wrong, I love a good hard lesson. Truly, I do. One of my favorite and strongest hobbies is self-improvement. I have almost entirely transformed myself in the last two years, out of sheer will and hard work. And a lot of crying. Yet, 2019 seemed to be the encore of 2017, which turned into a year that brutalized my sense of self. This year, my sense of direction was thrashed to pieces. All because I met Josh.

Let me tell you a story, before I go into another one. A prologue, if you will. It all started when I was sixteen and desperate for love. I mean, I’ve always been desperate for love (I’m a Leo, for godssakes) but back then, I simply didn’t give a shit what that love looked like. All I wanted to do was meet the one “meant” for me. Let me tell you, I could feel it in my bones that there was someone out there for me. That certainty never wavered, my whole life. Unfortunately, the Universe doesn’t always help you out when it comes to figuring out who the right person is for you. So I was Goldilocks for a while. Seventeen years, in fact (counting from sixteen years of age). Tried on all sorts of dudes, none of them quite right.

Somehow, by the time I reached the age of eighteen, I got this idea into my head that my perfect fit’s name began with the letter J. I wholeheartedly believed this, so much that I have dated three Jasons, two Jareds, one Joel, four Joshs, two Jims, one Jeremy, three Justins, two Joses, one Jeffery, two Jeremiahs, one Jared, one Jerod, one Joe…..okay, you get the picture, right?

Yet I married three men and none of them began with the letter J! I found this perplexing, because in each of those moments of my life, if you had asked me if I was sure of them, I would have said yes, with my fingers crossed behind my back. My first husband was literally a rebound and a desire to just be a wife. (I’ve been to therapy for this, I’m okay now…LOL). My second husband was just trauma bonding. My third ex-husband was a gift from the gods, a great lesson, an absolute soul smacking in six pack form. I don’t regret any of my exes, in the slightest, because it helped me be the person I am today and I kinda really like her.

But back to the Js.

I abandoned this idea of my perfect fit starting with the letter J about five years ago. I chocked it up to teenage dreams and perhaps too many drugs at that age. I moved on. I continued on my WTF life path.

And then, I met Josh.

This was in September 2017. Funny enough, I manifested him. I had met Brian (I had manifested him too) and told the Universe, “I’m ready to meet my next great partner.” At the very same time, I met Jason and Josh (there’s a THEME HERE GUYS). Jason is another story, but for Josh and I, we spent the first year only talking online. He was the husband of my friend (remember, polyamorous here. Everyone knew about everything!) and seemed like a really nice guy. He would message me every few days, ask me how I was and listen to my frustrations. At the time, he was a bit needy (he admits to this) and since I had only just begun my self-work, it felt like too much. We took a step back from communicating and in my head, he wasn’t the type of guy I wanted to pursue.

Fast forward to August 2018. Polyam boat party time. I was busy photographing all of the fun, topless. Towards the end of the night, I found myself leaning over a railing on the boat, one of the only sober people on the boat. This  handsome and tall guy was next to me and asked me how I felt about photographing topless. He was handsome and had a fantastic smile. The conversation flowed, a sense of ease emanating from the whole experience. I remember thinking, “wow, that was really really nice.”

It wasn’t until we were twenty minutes into the conversation that I even knew who he was! He ended up mentioning his wife’s name and it all clicked. “Oh! You’re so and so’s husband!” I went home that night completely enamored.

We started chatting online again, this time with more intention. I still wasn’t ready to date, barely a year into my self-work. But our conversations were different this time. We shared more and connected more. By the time January rolled around, six months later, I wanted to try and have a date with him. It went amazingly, but I still wasn’t ready. I told him this and he was totally fine with it. We still talked almost every day, with no expectations on either side. Six weeks later, I asked him on a date again. It was at a Starbucks in a Target, nothing obscenely special. Yet, I just wanted to talk and talk and talk. That was in March 2019 and things have never been the same since.

As Josh and I grew together as a couple, what we shared together a light on the toxicity in our other relationships. It would have been impossible not to. I think we spent the first few months of our relationship literally thanking each other for treating one another like a human and not a tool for someone else’s happiness.

“Thanks for not getting mad that I asked that question.”

“Thanks for not being upset because I did this one normal thing.”

“Thanks for not guilting me because I wanted to do something for myself.”

“Thanks for not forcing me to do this or that.”

“Thanks for loving me exactly as a I am and not just for my potential.”

Things took a serious turn in May 2019. Our partners were very unhappy with our relationship. Now, this isn’t unusual in polyamory. Frankly, it isn’t unusual in the human condition, being resentful of someone else’s happiness. But our partners were taking extreme measures to try and control our experiences together. The pressure was building, the resentment overflowing. I had been unhappy in my relationship with Brian for a while, feeling absolutely suffocated with expectations and codependency. I won’t speak for how Josh was feeling, but suffice to say, we were basically on the same page. We would talk about living together, having a future together, trying to include our partners into the dream. Yet each time, it felt like trying to shove a square peg into a round hole, even as we both tried even harder to make our partners happy. I can honestly say that I think we both tried our best and gave it our all to make it work with everyone else. Yet, like most relationships, it wasn’t meant to be for forever.

So in June 2019, I asked my ex-partner to deescalate our relationship. Now, for those unfamiliar with polyamory, deescalation means to rearrange the dynamic but NOT breakup. My ex and I talked about this many many many times, especially in couples therapy. He assured me that if we did end our current dynamic, he would give me time and space to figure out my next move in life. I had been working towards being a life partner with him and wanted to stay friends. 100%.

Except he didn’t. When I asked to deescalate, he kicked me out, immediately. Gave me two weeks to move. Refused to let me host my client party at the house I had lived at for two years, for a mere five hours. The one I had spent six months planning. Even gave away my cat only six weeks later. It was devastating.

Josh and I are basically the same person. So it’s only natural that he reached the same point of exhaustion as I did. He ended up asking for a divorce, a mere four days later. People say we planned this. Let me tell you, we absolutely did not. If we had, we wouldn’t have ended up immediately homeless and basically broke. I’m a WAY better planner than that, let me tell you. But sometimes, you just have to move to the next phase of your life immediately. Plans or nah.

It ended up being the hardest summer of my life. Trips, moving, work, grieving, adjusting to having kids in my life. Josh has four kids, whom I love very very much and find them utterly delightful. But to go from only responsible for yourself to suddenly feeling a sense of responsibility to four kids…it’s a tough transition. I’ve cried, a lot. Learning on the fly how to parent kids ages 8-12 is no small task, let alone dealing with custody issues and co-parenting with someone who isn’t interested in being a team player. It has been SO overwhelming.

But it’s all been worth it. See, Josh and I are twin flames. What are twin flames? Here’s a website to break it down but here is also how I’ve seen it described. Imagine a particular energy as a quilt. Different squares equal different soul mates. Sometimes, soul mates are people, sometimes they are animals. I believe we all have multiple soul mates. However, sometimes one of those squares splits in two. It’s the same energy, but now in pieces. Twin flames are those two halves.

While I believe I have multiple soul mates and truly believe I’ve met quite a few of them (and will hopefully meet more, maybe in the shape of a horse!), I deeply believe Josh is my twin flame. He agrees. And frankly, if you see us together, there is rarely any doubt afterwards.

Last month, we moved into our own place, finally. All we’ve really been able to do this summer/fall/winter is to keep swimming. Keep moving forward. Focusing on the big picture while taking care of the small details.

And here is where the story of Js comes full circle. Josh is only five days older than me. We were put on this earth in the same week. I don’t know how, as a teenager, I knew that my perfect fit would have the name that begins with J. Now, though, it makes complete and total sense.

I don’t know what the future holds. Life could go in a million different directions and maybe in five years, things will be unrecognizable again. I can’t control that, as much as I wish I could. What I can do, though, is reflect on where I’ve been and how I got here. I can cherish these experiences, cherish these lessons and only try to continue being the best version of myself in real time.

2019 was hard. So so so hard. Yet, so wonderful at the same time. I’m looking forward to seeing what 2020 has to offer, definitely.